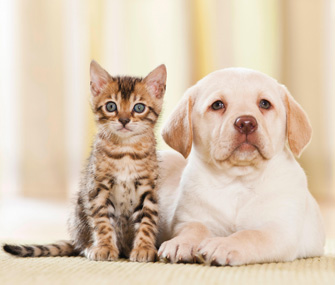 Alamy
We expect Luke, Taylor and Gronk to be hot names for pets in 2016.

When it comes to popular pet names, we know a thing or two here at Vetstreet. After all, we've been analyzing data on the biggest dog names and hottest cat names for years!

But this year, we thought we'd try our hand at predicting those popular cat and dog namesbefore the data becomes available. So we've looked into our crystal ball — and assessed a few big news and pop culture trends — to come up with our predictions for the biggest cat and dog names of 2016.

With 2016 being an election year, there's little doubt that many of the candidates will become household (pet) names. We expect to see cats and dogs named Carly (for Republican candidate Carly Fiorina), Hillary (or possibly Clinton), Jeb (some with the exclamation point at the end of the name, as the younger Bush has used in his campaign) and, of course, Trump (as in The Donald).

The end of 2015 is overflowing with blockbuster films that are sure to influence the names we choose for our pets, and there are several movies coming out in 2016 that we know everyone will be talking about. A few of the names we anticipate seeing are:

Is there a bigger name in music right now than Taylor Swift? Granted, we could be slightly biased since she's such a cat lover, but we also realize that she's the reason we all have squad goals these days, so we can definitely see animal lovers creating their own furry squad and naming them after characters in the Bad Blood music video:Dilemma, Homeslice, Catastrophe, Knockout and Domino, to name a few.

Given the much-celebrated return of rapper Missy Elliott, we envision plenty of pets with either the name Missyor Elliott hitting a dog park near you. We also expect to meet plenty of Drakes (does anyone else thinkHotline Bling is the toughest earworm to get rid of, ever?) and Blakes (as in Shelton) in the veterinary waiting room next year.

The World Series showcased a few superstars this fall, but Kansas City Royals fans have several clever pet name options with Hosmer (for Eric Hosmer, the first baseman), Esky (for Alcides Escobar, the shortstop), and, as a matter of fact, we actually know of someone who recently named her dog Moose in honor of third baseman Mike Moustakas. Another baseball name that might see a jump in popularity next year is Jeter, since Yankees shortstop Derek Jeter just retired after 20 seasons — what better way to honor a legendary player's career, right?

Baseball isn't the only sport bringing potential pet names to mind. Serena could be big, as tennis star Serena Williams had an incredible 2014-15 season, and although she's taken a bit of a break, it seems she's likely to go right into another one in 2016 as she sets her sights on a Hopman Cup title. And 2015 Super Bowl champs the New England Patriots are looking strong again this season, meaning we wouldn't be surprised one bit to see lots of puppies and kittens named Brady (for the team's quarterback Tom Brady) and Gronk (for tight end Rob Gronkowski). And women's soccer certainly grabbed plenty of headlines this year, so we suspect Carli Lloyd's unforgettable hat trick for Team USA in the Women's World Cup final will inspire plenty of soccer fans to name their next pet after her.

It's worth noting that we also anticipate some of the trendiest and most popular names from recent years to keep right on rising. So although we don't have a new Avengers or Twilight movie on the horizon, we're sure plenty of people will still be naming their pets Thor, Loki and Bella. And even thoughThe Big Bang Theory isn't exactly new, we still expect to see plenty of pets named Penny next year.

Did we miss any names you think will make it big in 2016? Let us know in the comments!