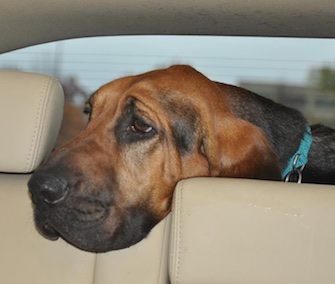 They hit the road on weekends, all over the country: Volunteers load their cars with crates, delivering dogs and cats to areas where they’re more likely to find homes.

Volunteering to do animal transport for your local shelter or rescue can be vital to the animal — and those who do it say it can be an easy way to help.

“I think you would be shocked at the number of vehicles on the road Friday through Sunday that are doing these transports,” says Beth Stevens, who volunteers for several organizations in Maryland, Washington, D.C. and Virginia, including the Lost Dog and Cat Rescue Foundation. She has also volunteered with the Utah-based Best Friends Animal Sanctuary. “It’s happening quietly, every single weekend, all across the country.”

Most of the groups with which Stevens works arrange transportation from rural, southern shelters to metropolitan areas with larger populations, such as Washington, Baltimore and Philadelphia. The animals are escaping the likelihood of being euthanized by arriving at shelters or rescues with a lot more traffic from potential adopters.

“It really is a lifesaving link between where they are — which is certain death — and a happily ever after for them,” says Stevens.

And volunteers are often the ones who provide that essential lifeline.

“We need them to put miles on their car or [go to] random pickup spots,” says Lost Dog’s Colleen Learch, whose last transport ended up becoming her third adopted pet. For people who can't adopt or foster a pet but still want to help, transporting animals is a perfect way to volunteer. 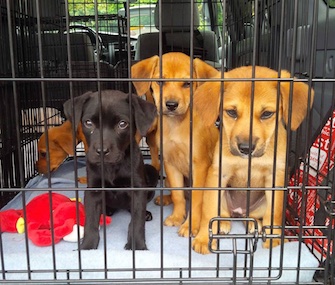 For Lost Dog, Stevens will often meet someone driving a van full of dogs from West Virginia to a point in central Virginia. There, she and other volunteers carefully transfer the assigned animals into their own vehicles, and make sure their records go with them.

The handlers are well aware of any dogs who might be flight risks, and make sure they never have an opportunity to escape in the transfer process.

The volunteers carefully take each dog out to do their duty on a leash, then drive them to their destination. The animals — mostly dogs, but some cats, as well — may be headed to a foster home, shelter, rescue or straight to an animal hospital for treatment.

The crates are stacked into SUVs or even sedans. Stevens once had a car with 20 dogs — a couple of mama dogs and their tiny puppies.

Depending on the group with which you’re working, your volunteering time could take all weekend, or it could be just a few hours. Stevens sometimes works with Rural Shelter Transports, which coordinates weekend relays during which volunteers drive one-hour legs along the transport route.

Chandra Richards, who’s a veterinary technician in Dallas, often volunteers with groups that transport dogs from Texas up to foster-based rescues in Colorado.

“I personally drove a cargo van full of 14 dogs last May, to Colorado, because our normal transport fell through and the dogs weren't safe staying at the shelter,” Richards says. But, typically the groups with which she works use volunteer transport services like Pilots N Paws or Going Home Animal Rescue and Transport, which is based in Oklahoma. “Between the help of different volunteer transporters, we were moving dogs at least once every two weeks.”