Why a Munchkin Might Be the Right Cat for You 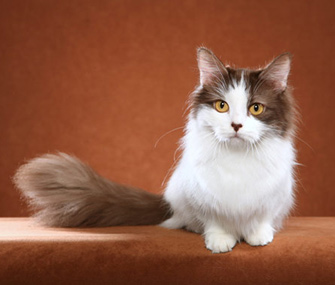 Munchkins may be small cats, but they’ve got big personalities. There have been reports of short cats throughout history, and in 1994, The International Cat Association'sbreed development program began overseeing the Munchkin’s development. The breed achieved full recognition by TICA in 2003, but The Cat Fanciers' Association does not recognize the breed. Learn why the Munchkin might be the right cat for you.

They’ve got a unique physique.

This cat’s called a Munchkin for a reason. He has distinctive short legs that are the result of a spontaneous, natural genetic mutation. His legs have a dominant inheritance pattern, similar to Corgis and Dachshunds. He’s small to medium size, weighing about five to nine pounds.

The Munchkin is typically a fun-loving cat who’s usually happy to play with kids, other cats and even friendly dogs. He’s affectionate and tends to thrive on interaction.

They can be cat burglars.

Munchkins are crafty and curious. They’re sometimes called magpies, because they love shiny things and will often pilfer items like jewelry and stow them away for another time.

The Munchkin often moves at a high speed, and he can take corners like you wouldn't believe.

The Munchkin is known for being an intelligent cat. You can challenge his brain by teaching him tricks and giving him puzzle toys.