Home ›
Dr. Marty Becker ›
Lyme Disease and Your Pets: Do You Know What's True and What's Not?

Lyme Disease and Your Pets: Do You Know What's True and What's Not? 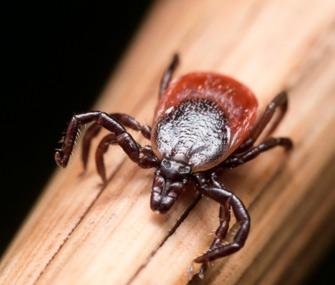 Thinkstock
Dogs who are bitten by a tick infected with Borrelia burgdorferi can indeed develop Lyme disease.

Ticks! Just the thought of them makes me shudder. These creepy members of the arachnid family are tiny — except when they’re bloated with blood — but mighty when it comes to spreading bacterial parasites that cause disease. Rocky Mountain spotted fever, ehrlichiosis, babesiosis and tularemia are among the diseases that can be caused by the bite of a tick. But the most well-known and most common tick-borne disease of humans in the United States is Lyme borreliosis, or Lyme disease.

You may be familiar with some of the signs of Lyme disease in humans: a rash that resembles a bull’s eye expanding from the site of the bite, fever, arthritis pain and headache. But did you know that Lyme disease can affect pets, too?

Here are eight common assumptions about Lyme disease in cats and dogs — do you know which are true and which are false?

Dogs don’t get Lyme disease. False — mostly. Dogs who are bitten by a tick infected with Borrelia burgdorferi, the bacterial spirochete (genusBorrelia) that carries Lyme disease, can indeed develop Lyme disease. Clinical signs are seen in approximately 10 percent of infected cases. Even though that sounds like a small percentage, it still affects a fair number of dogs. Dogs may not show signs of disease — typically lameness, lethargy and fever — until some two to five months after the bite, so it may take some detective work to figure out the cause or to remember that your dog had an encounter with one of the nasty bloodsuckers. In dogs, signs tend to be transitory, usually no more than three days, and can be treated with antibiotics. Even with treatment, however, the bacteria can stick around for life. And in rare cases, some dogs develop more severe signs, including a serious form of kidney disease called Lyme nephritis; inflammation of the heart muscle, known as myocarditis; or neurological signs.

Cats don’t get Lyme disease. When it comes to cats, the most accurate response is “It’s complicated.” The bacteria that cause Lyme disease are capable of infecting cats, but Lyme disease has never been seen in cats living in a home setting. It’s most likely not a concern in cats, but it’s still important to protect cats from ticks (see myth No. 2). If your cat goes outdoors, ask your veterinarian to recommend a cat-safe tick repellent product, and always examine your cat for ticks and remove them carefully.

Pets can transmit Lyme disease to humans. Not exactly. Dogs and cats don’t spread Lyme disease directly, but when ticks attach to them, they can bring the bacterial-bearing monsters into your home. The ticks can then come in contact with humans and spread the spirochetes via their bite. That’s why it’s so important to use appropriate tick control products on pets in endemic areas, to check pets regularly for the presence of ticks, to landscape yards in such a way as to deter ticks from moving in and to remove ticks carefully if they are found on pets.

The ticks that spread Lyme disease come out only seasonally. False. That might have been the case a decade or two ago, but warmer weather in spring and milder weather in fall and winter have expanded tick activity and habitat. Now ticks are not only active every month of the year in some places, they are also found in more areas, including at higher elevations. For that reason, experts now recommend year-round tick prevention.