Pot for Spot? Medical Marijuana Is Not Just for Humans 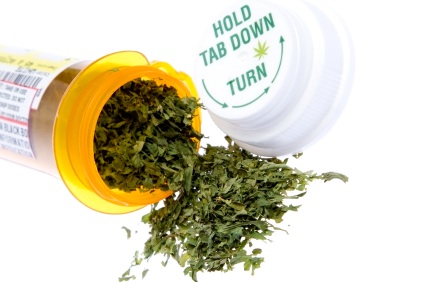 Medical marijuana is a hot topic these days. But the increasingly relaxed environment with respect to marijuana doesn’t just affect just Homo sapiens. It’s given to our dogs and cats, too. In fact, a marijuana patch is currently being developed for pets. And why not? If there’s a legitimate therapeutic use for any given drug for one mammal, it stands to reason that many others may find it beneficial, too.

Problem is, it’s politically tough to tease out medicinal vs. recreational use when it comes to humans. This has been a thorny spike of contention for as long as pot has been on our national radar — some 80-odd years now, at least.

Sure, it helps some people weather the onslaught of chemotherapy-related nausea (and many other kinds of nausea) and improves appetite in AIDS patients and others afflicted by low food drive-type wasting diseases. But cannabis naysayers still outweigh its champions. They claim there’s too great a risk for abuse.

I have this to say: If a drug has a medical purpose, it should be exploited for that use. After all, legal drugs kill hundreds of people daily in this country — mostly when they’re abused. Yet no one clambers for the elimination of drugs that alleviate pain and anxiety. Hence, drug abuse is an issue that should be regarded separately from its therapeutic benefits.

Just because people abuse all manner of pain-relieving drugs (often fatally) doesn’t mean that they don’t deserve a spot on our pharmacists’ shelves, right? I mean, if the drug works, why do we need to be hampered by a skewed cultural sensibility that leads us to believe drugs must come foil-topped off an assembly line to qualify as safe and effective?

What’s so inherently wrong with marijuana that we can’t collectively accept its ability to heal, especially when its clinical successes have been consistently proven via legitimate research for decades now?

It’s actually kind of sad that most humans who could benefit from this therapy are dissuaded by virtue of cultural intolerance. And it’s not just humans who suffer from this irrational line of thinking. It’s pets, too.

I got to thinking about this last week when a friend confessed to me that she’s been having a hard time getting her vet to prescribe medicinal marijuana for one of her pets. This chronic renal failure canine patient suffers from intermittent episodes of nausea and anorexia — enough to send him into a downward spiral of muscle loss, anemia and weakness. But as long as he eats, he’s good. And pot makes him want to eat without interfering with his quality of life. (She’s tested this theory.)

So what’s standing in the way of this dog’s medicinal marijuana permit?

Turns out, plenty of vets who practice in states where medicinal marijuana is legal have major reservations about the possibility that owners will abuse pet meds. Moreover, they worry that prescribing this drug will make it more likely that the DEA will come calling, making sure that all controlled drug use is perfectly recorded. And no one likes a snoopy DEA agent rifling through his drug box.

So I can’t really blame veterinarians for wondering: What’s my liability here? Do I really want to go down this road?   And, yet, I can’t get behind the decision to refrain from prescribing any legal drug that could improve a patient’s quality of life.

In fact, I’ll go even further: Wouldn’t a veterinarian be more legally liable if he did not offer a drug that could alleviate a patient’s suffering?

Sheesh! People can be so close-minded about what, by now, should be a reasonably accepted medical tool. Sure, some people still assume medical marijuana is for the weak and the addicted, but the reality is much more nuanced.

I can’t help wondering that perhaps it could help pot’s PR to prove that it demonstrably helps pets. Once proven effective, who could criticize marijuana’s use in animals whose conditions were improved by the drug? After all, no one could ever accuse pets of moral depravity just because marijuana makes them feel better.  Now if only we could say the same for humans.