Home ›
Our Pet Experts ›
Short on Leg, Long on Love: Learn About The Dwarf Dog Breeds

Short on Leg, Long on Love: Learn About The Dwarf Dog Breeds

Short-legged dogs have been around since ancient Rome, when they were used to go underground after small mammals. Short legs help these dogs to confront tough quarry in tight spaces, to trail at speeds people can keep up with on foot, and to avoid kicking hooves when herding.

Short-legged dogs arise repeatedly throughout history, and most seem to be caused by the same single genetic mutation. This mutation causes a condition called achondroplastic dwarfism, in which the long bones of the legs are shortened. The following breeds have been shown through DNA testing to share this mutation. (Click here for a full account.)

The dwarf-legged terriers, like the Cairn and West Highland White Terriers, were developed to squeeze into small spaces. Note that the Australian Terrier, Sealyham Terrier and Norfolk Terrier are almost certainly also in this grouping, and probably the Cesky Terrier as well, but it has not been tested yet.

The short-legged hounds, such as Basset Hounds and Dachshunds, were developed so hunters could keep up on foot, and the short-legged herders, like Corgis, can duck under kicking hooves.

Several companion and toy breeds, such as the Pekingese and Tibetan Spaniel, also have dwarf legs — probably for no other reason than they're cute! This group includes a couple of breeds, the Chihuahua and Yorkshire Terrier, which have both normal and dwarf genes in their gene pool. Not included in the analysis were the Lhasa Apso, Silky Terrier, Coton de Tulear or English Toy Spaniel, all of which are probable but unproven candidates for the dwarf gene. 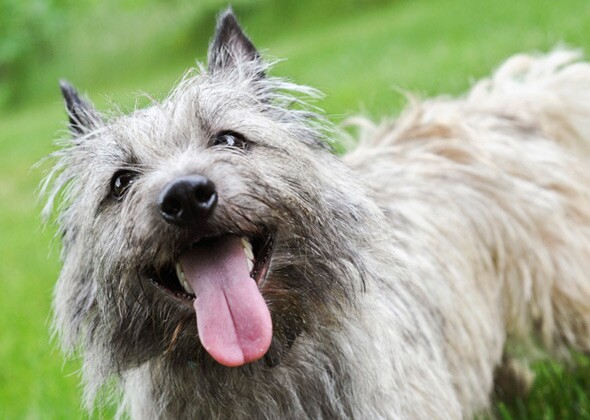 Before Toto's role in The Wizard of Oz catapulted the breed to fame, the Cairn was mostly known as a plucky vermin controller. He was initially used to bolt otters from stone cairns (piles of stone that served as landmarks). The motto of the British breed club sums them up as "The best little pal in the world." 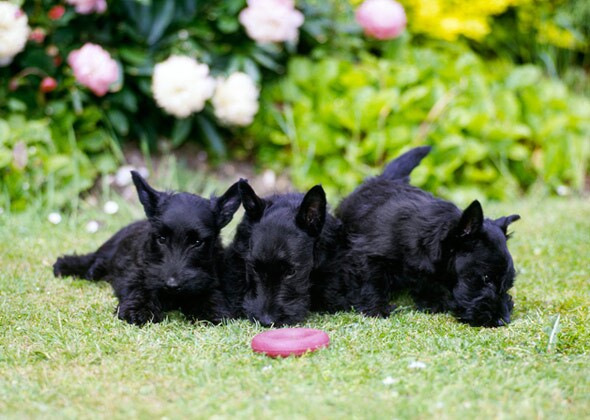 One of the world's most iconic breeds, this beloved companion of President F.D. Roosevelt was bred in the 1800s to hunt small vermin. Don't let his short stature fool you; the Scotty is one of the toughest terriers. 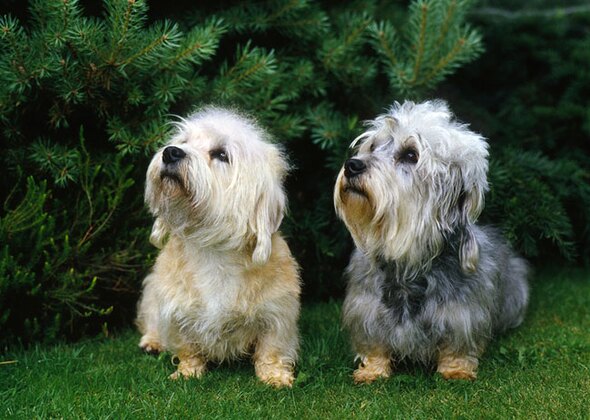 The only breed of dog named after a character in a book (from Guy Mannering), the Dandie originated in eighteenth-century Scotland to hunt otter and badger. She comes in two colors: mustard and pepper. 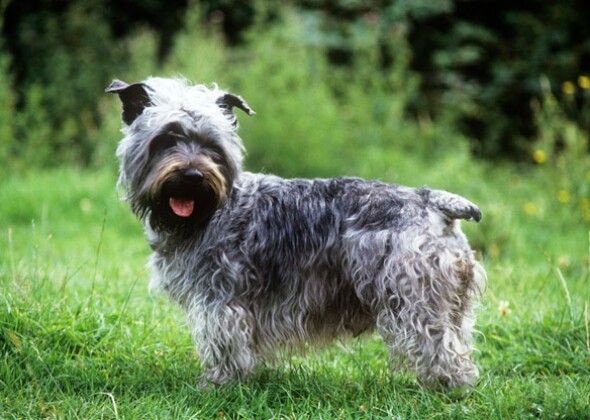 Many people believe the Glen may actually be the previously-thought-to-be-extinct Turnspit Dog. Short legs helped him run inside a barrel, turning it and in turn, rotating meat over the spit. Before employment in the kitchen, he probably originated in Ireland as an all-around vermin controller. 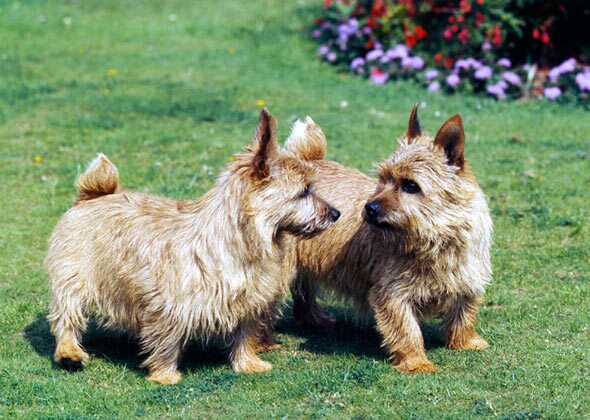 The Norwich (prick-eared) and Norfolk (drop-eared) Terriers were considered the same breed by the AKC until 1979. Both were bred to bolt foxes and catch rats. Can't remember which is the Norwich? Remember "Nor-witch" has pointy ears in the shape of a witch's hat! 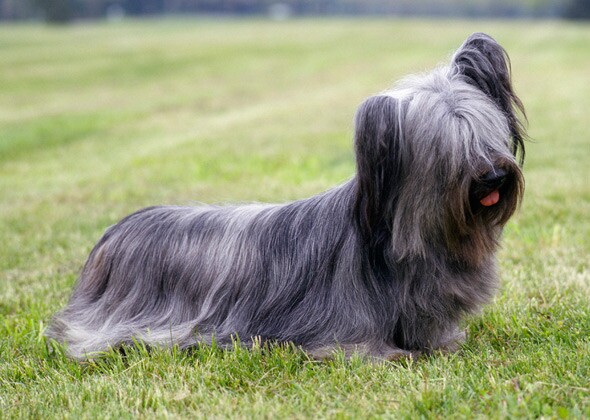 With his long body and long hair, most people wouldn't guess the Skye is one of the oldest terriers, dating back to sixteenth-century Scotland, where he was bred to hunt fox and otter. The most well-known Skye was Greyfriar's Bobby, who slept on his master's grave for 14 years. 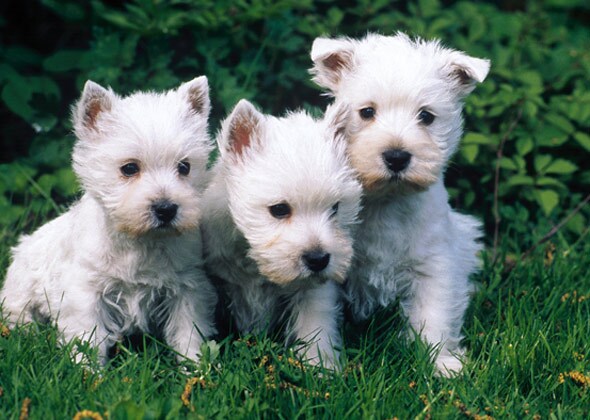 One of the cutest and most popular terriers, the Westie was bred to dispatch fox, badger and small vermin. He was once grouped together with the Scottish, Cairn and Skye Terriers as the same breed. 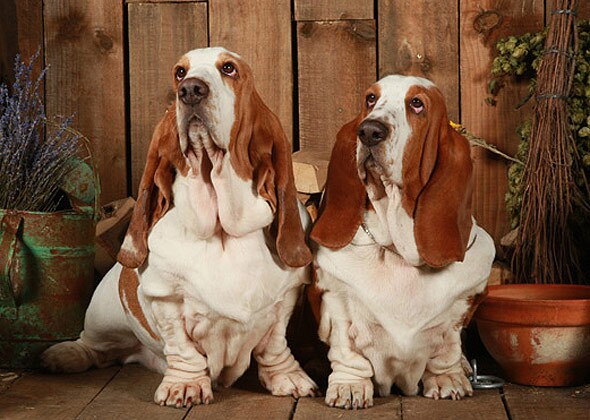 Despite his short stature, the droopy-faced Basset Hound typically weighs in at 40 to 60 pounds. The word "Basset" comes from the French "bas" meaning "low thing." He was bred in France to trail rabbits. 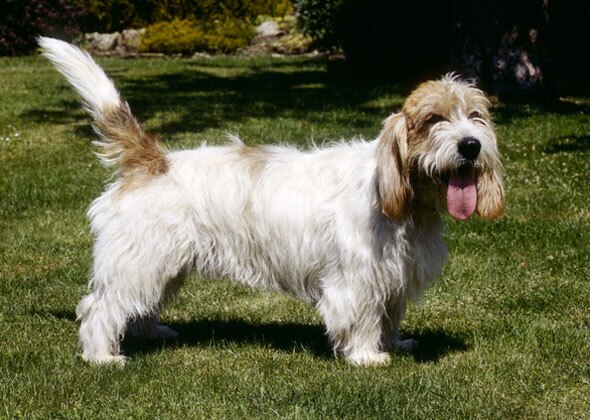 You can shorten the name to "PBGV," but don't call him a rough-coated Basset Hound. This clown of the hounds originated in 1700s France to trail hare. His name translates as Little Low Rough-Coated Hound from Vendeen. 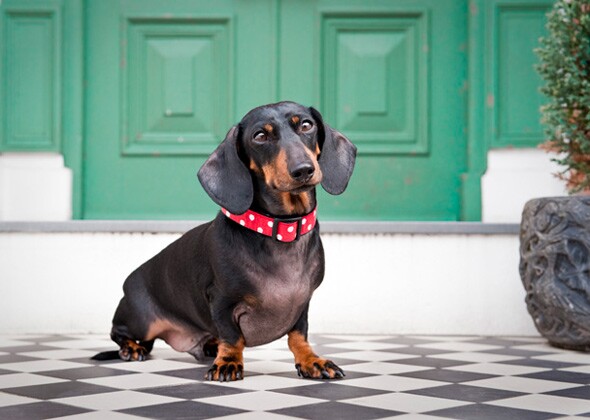 The ultimate low rider of the dog world, the Dachshund has long been a favorite breed. The first definite mention of them may have been in sixteenth-century Germany, with reference to a "low crooked-leg dog" useful for going after badgers underground. The breed comes in Standard and Miniature sizes, and in Smooth, Long and Wire coats. 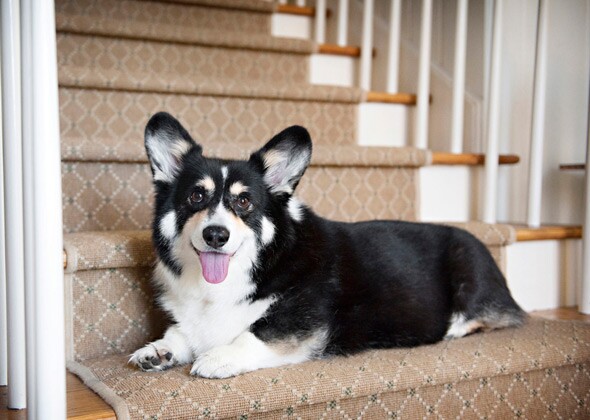 The Queen's breed didn't start out as a castle dweller. She was developed in twelfth-century Wales as a cattle drover. Britain's Queen Elizabeth fell in love with the breed as a teen and has kept them ever since. 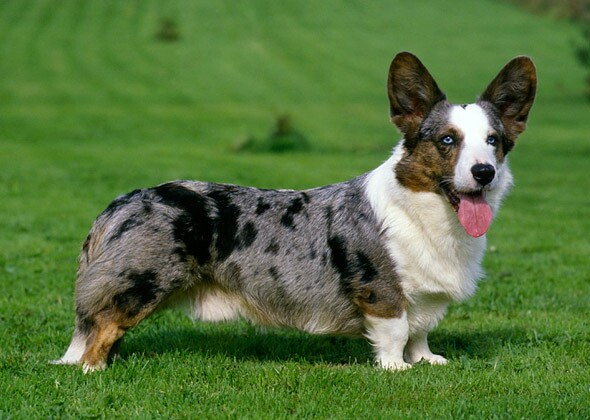 The Corgi with a tail was developed in the Middle Ages as a cattle drover. Besides always having a tail, which his Pembroke cousin does not, the Cardigan has bigger ears, bigger bones, more crooked front legs and a less foxy face than the Pembroke. He also comes in brindle and merle coat color patterns. 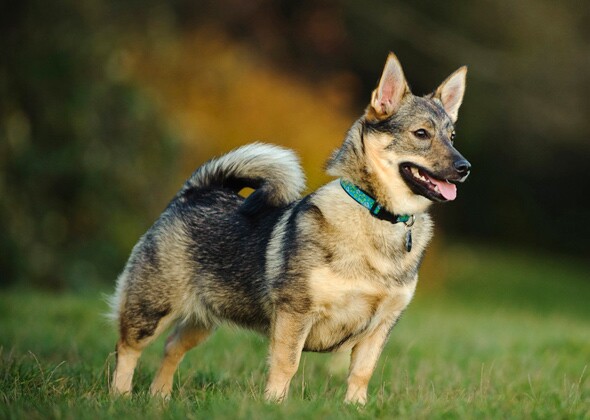 This dog of the Vikings was developed as an all-around farm dog, herding cattle, controlling vermin and standing watch. The breed was almost extinct until 1942, when four dogs were located and used to revive the breed. The tail can be naturally bobbed, short or long. 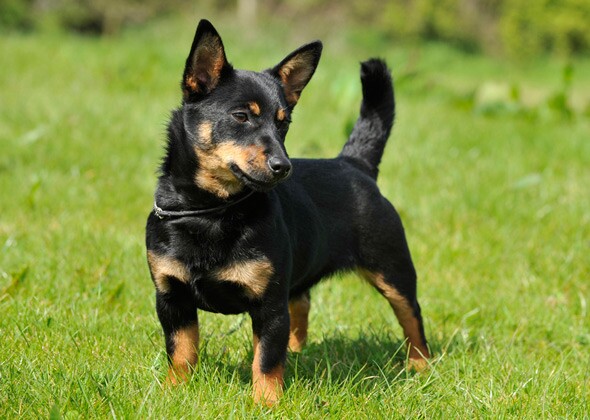 This Corgi relative was developed as an all-around farm dog and cattle drover. The breed is not AKC recognized, and its registrations are so low in Britain that it's been labeled a "vulnerable native breed." 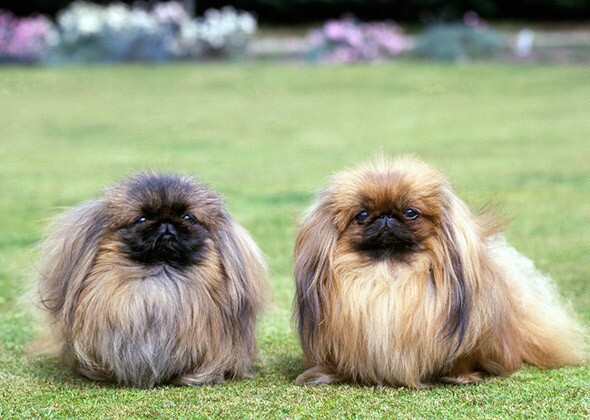 The Pekingese is among the most ancient of all breeds, as confirmed by DNA. He was bred to resemble the lion, the exalted form of Buddha, and was treated as royalty in the Chinese palace. Many Peke owners today still treat them as royalty! 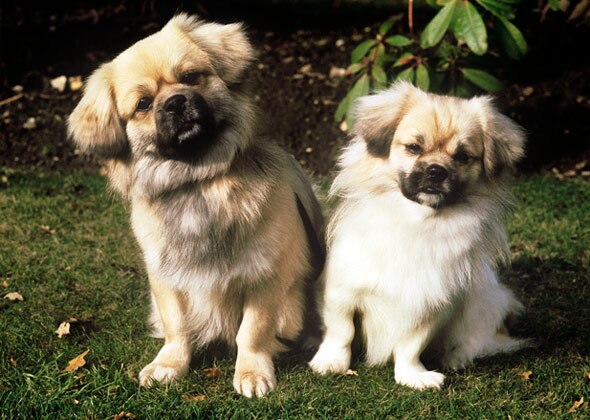 This ancient and sacred breed was used as a watchdog and companion, but is best known for turning prayer wheels in Tibetan monasteries by means of small treadmills. The first ones came to America in 1960. 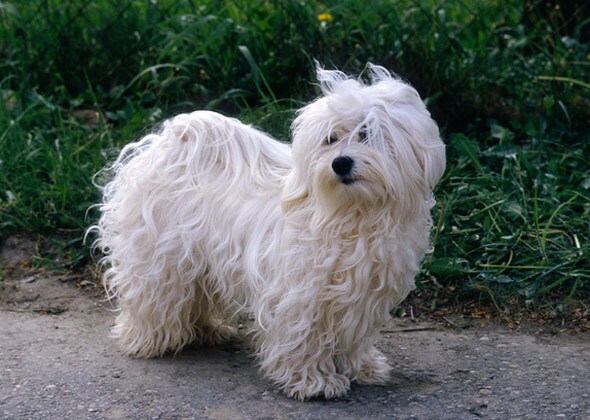 The national dog of Cuba has its roots in the Mediterranean. She was once very popular, but declined almost to extinction. At one point the breed was found mostly in European circuses performing tricks. Most present-day Havanese in America descend from family pets that three Cuban families brought to the United States in the 1950s and 1960s.