Home ›
Our Pet Experts ›
Linda Fiorella ›
Why Does My Dog... Automatically Like Some Dogs and Hate Others?

Why Does My Dog... Automatically Like Some Dogs and Hate Others? 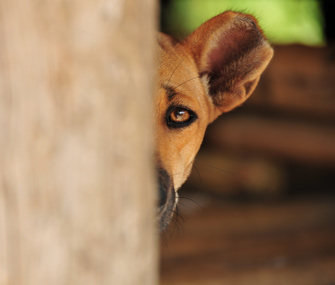 Let's face it: No matter how social you are, sometimes you need a break from people. And no matter how many friends you have, there will always be people who rub you the wrong way. No one likes everyone else. It's a fact of life.

It's the same for canines: Not all dogs like all other dogs. “We have a whole spectrum of dogs,” says Dr. Sharon Crowell-Davis, DVM, DACVB, professor in the College of Veterinary Medicine at the University of Georgia. “We have dogs who if they see another dog in the distance, they’ll react aggressively and other dogs who if they see just about any dog up close, they react friendly.” And in between, there is a middle ground — dogs who like some dogs while disliking others. While you might get that your dog, like you, prefers some of his canine peers over others, it can be difficult to make sense of how those choices are made.

How Dogs Choose Their Friends

To understand how doggie socializing works, Dr. Crowell-Davis explains that we need to go back to the basics of canine communication. “Dogs communicate with each other in ways that we don’t get, that we are just totally blind about,” she says. A dog will see something in another dog’s body language or pick up olfactory clues that signal something the first dog either likes or doesn’t like.

And, Dr. Crowell-Davis notes, those subtle body cues and smells can be sensed from a significant distance away. “[Dogs] live in a world of scent information, are surrounded by it. The way we scan a room and see all kinds of details — the bookcase and the book and the chair — they scan the world around them with their nose, and unless the wind is blowing in the totally wrong direction, they pick up a huge amount of olfactory information.”

Another possible reason that a dog may take an immediate dislike to another is that dog’s historical experience. If, for example, your dog was attacked by a large white dog, he may exhibit timidity and intense fear aggression toward big white dogs. Unless we are aware of a dog's history, Dr. Crowell-Davis says, this type of response can seem like a total mystery to us. It works with both bad experiences and good experiences as well. “Other dogs that either look similar or move in a similar fashion or smell similar" to a much-liked canine friend, says Dr. Crowell-Davis, "can affect one dog’s response to another."

Your dog's behavior may also be about you, Dr. Crowell-Davis explains. “It could be that actually your dog is being protective of you in an almost possessive way and the other dog’s just minding his own business,” she says, and that your dog doesn’t want to be near that dog — or doesn't want you to be near him.

When to Seek Help

If your dog’s dislike of certain dogs is intense or problematic — for example, he is aggressive with or fearful of a dog he comes into contact with on a regular basis — you need to take your dog to a veterinary behaviorist. But if it’s something milder, like an occasional avoidance of another canine at the dog park, Dr. Crowell-Davis suggests a lot of positive reinforcement obedience training done in a gradual fashion. “Have the dog sit for a treat, watch you for a treat and then go out on walks. As you’re getting near to another dog, really go in the mode of lots of treats. He will start associating the presence of other dogs with two things: first, with the dog controlling itself so it gets the treats, and second, with getting the treats!”

The best way to prevent this kind of dislike from becoming an issue, according to Dr. Crowell-Davis, is to take your new puppy to a good puppy socialization class. She also suggests frequently taking your young and growing dog into situations where he can have pleasant interactions with other dogs. “When you encounter other people with dogs,” Dr. Crowell-Davis says, “ask if their dog is friendly and is it OK if the dogs say hello to each other.” Over time, your puppy can learn to be more of a dog's dog — or the canine equivalent of a people person.