Home ›
Dr. Marty Becker ›
Are Nail Grinders Safe to Use on Dogs?

Are Nail Grinders Safe to Use on Dogs? 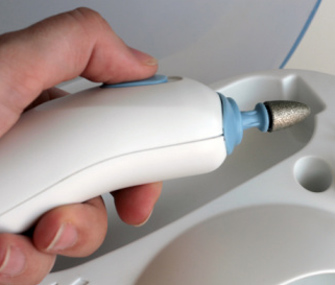 Q. I’ve seen nail grinders for dogs on sale on TV. Are these safe?

A. They are if they're used properly, and if your dog has been trained with praise and patience to accept having his nails shortened in this way. While nail grinders may be new to “As Seen on TV” territory, grinding nails instead of clipping them has long been common among breeders and competitors in dog sports and dog shows. In fact, well before the idea of a dedicated canine nail grinder became reality, people used rotary grinding tools such as the Dremel to trim canine claws (in fact, some still do).

Why Nail Grinders Are OK

One advantage of grinding over clipping is that it can be easier to avoid the quick with a nail grinder, since you’re taking off just a tiny bit of the nail at a time. You can usually spot the quick before you hit it, unless your pet has dark or black nails. Finish the nail by smoothing the edges.

Grinding can make the nails painfully hot, so make sure when you shorten nails with a grinder, you’re not holding the tool against the nail for more than a second or so at a time. It’s a gentle press-release-press-release movement, removing the excess nail in tiny, tiny increments. But even with this careful approach, grinding your pet's nails goes quickly!

Teach Your Dog to Love the Grinder