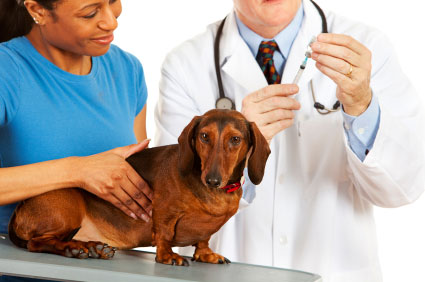 Have you gotten your flu shot yet? Well, there’s someone else in your household who could potentially use one this winter: your dog. Veterinarians in the New York metro area are reporting a sudden rise in the number of cases of canine influenza, which can be highly contagious. This follows outbreaks of the canine flu in other parts of the country, including Dallas, San Antonio and Austin, Texas, as well as the Carolinas and such Rocky Mountain states as Colorado.

“We’ve known this virus has been in the Northeast since 2005, and we now have mini flare-ups occurring,” says Dr. Edward Dubovi, a professor of virology at the Cornell University College of Veterinary Medicine who has studied canine influenza. “At least one practitioner [in the New York area] has reported that he has seen a number of cases.”

How to Protect Your Dog

According to Dubovi, the canine flu results from close contact between an infected dog and another canine, contact with contaminated surfaces or exposure to secretions that are aerosolized through coughing and sneezing. “The highest risk comes from putting a dog in a kennel or bringing him to doggie daycare," he says. "So places with close confinement.”

You can safeguard your dog by getting him an influenza vaccine, but Dubovi warns that you should plan ahead. At least one of the products on the market requires two doses — spaced two to four weeks apart — in order for your pet to develop immunity to the virus. In fact, some kennels are now requiring the vaccine.

While most cases of canine influenza have occurred in the Northeast, there have been some reports of sick dogs in Colorado, Texas and the Carolinas. “It hops around,” says Dubovi, who notes that the majority of cases found in other regions have been traced to a dog who visited the area from the Northeast.

Flu symptoms in dogs include a cough, a low-grade fever and a nasal discharge. Dubovi says that an infected dog may also be slightly depressed and have a diminished appetite.

If you suspect that your dog already has the flu, you should contact your veterinarian. There’s little that the vet can do to treat the virus, but your pet can receive antibiotics to treat secondary bacterial infections and prevent them from developing into a more serious problem, like bacterial pneumonia.

So should all owners vaccinate their dogs? Dubovi advises people to “make an assessment based on the relative risk." In other words, if you're based in the high-risk Northeast, the Rocky Mountain states or any other regions that have experienced recent outbreaks, you may want to give the vaccine some serious consideration — especially if your dog is bound for a kennel or daycare.