Just look at this ballerina piglet admiring herself in the mirror! She knows she looks good.

The teeny-tiny porker, named Tallulah, lives at Pennywell Farm in southwestern England. She's a miniature pig (also known as a micro or teacup pig) and is featured in a 2013 wall calendar by photographer Richard Austin. Tallulah and her friends — Clara, Gordon, Dexter and more — also pose in champagne glasses and tiny wheelbarrows. 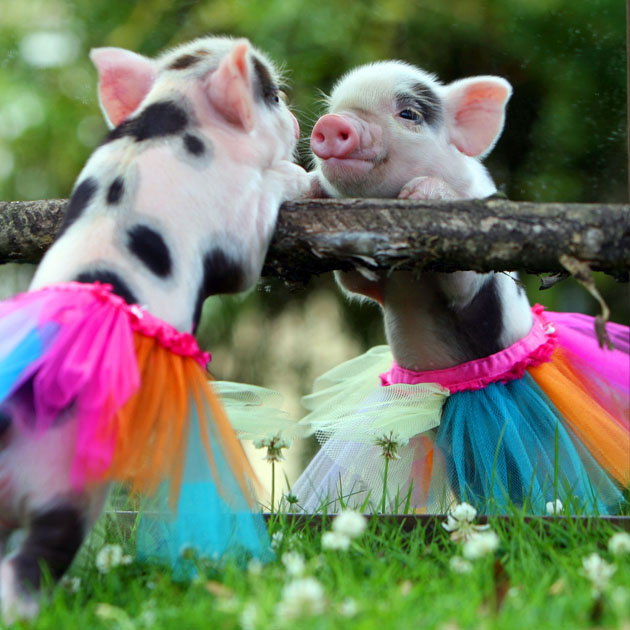