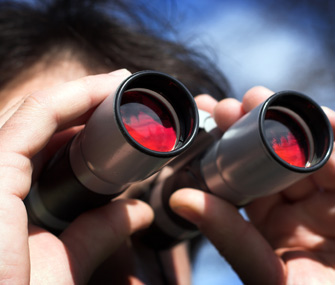 It was actually a 12-year-old boy who recently logged the 100 millionth observation on eBird, a popular site where birders can record daily feathered-critter sightings.

Two scientists at the Cornell Lab of Ornithology, in conjunction with Audubon, launched eBird in 2002 with the sole purpose of creating a massive scientific database of citizen observations about avian abundance and distribution. Since then, more than 93,000 people have submitted their findings.

But eBird wasn’t always such a raging success.

“The first few years of the project failed to capture much interest,” says Cornell eBird project leader Chris Wood. “In hindsight, we had done a very good job of thinking about how to gather data so that it would be useful for the scientific community, but we hadn't thought about why someone would want to enter the data in the first place.”

With a few tweaks, eBird became a place where bird watchers could not only manage their sightings, but also track all sorts of lists.

“Birders are nuts about lists — county lists, state lists, life list, year lists,” says Wood. “We thought about how to turn these games that birders like [to play] into output that motivates them to explore new places where we may not have enough data.”

It worked: eBird’s 100 million observations equal 860 years of fieldwork — much more than Wood and executive director John Fitzpatrick could ever collect in their lifetimes.

How Everyday Citizens Are Helping Scientists

“This is the first time that anyone has been able to gather observations on birds across the entire world for every day of the year,” says Wood. “This enables us to understand birds on the breeding grounds, on the wintering grounds and on migration.”

Plus, the information has greater implications in the scientific world than just learning more about many of our feathered friends.