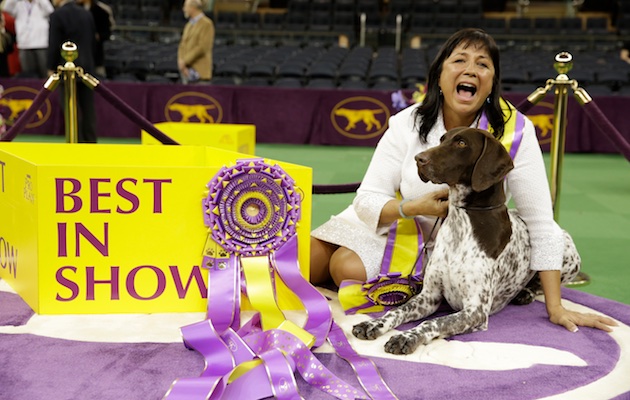 With the Madison Square Garden crowd cheering the loudest for Charlie, a 4-year-old Skye Terrier who was Reserve Best in Show last year and won the National Dog Show in the fall, Judge Dr. Richard Meen instead handed the esteemed Best in Show title to the 3-year-old winner of the Sporting Group.

Valerie Nunes-Atkinson, who is GCH Vjk-Myst Garbonita's California Journey’s breeder, owner and handler, sunk to her knees with tears streaming down her face.

“He just has that something extra special,” Nunes-Atkinsonsaidafter the winsaid. She said she knew CJ was extraordinaryfrom the time he was just 6 weeks old. “He’s a wonderful German Shorthaired Pointer, but he just has major It factor, too.”

Nunes-Atkinson, who said her dog is serious in the ring but silly at home, is the first breeder, owner and handler to win Best in Show in 33 years. "I couldn't believe it, pinch me," the second-generation breedersaid. 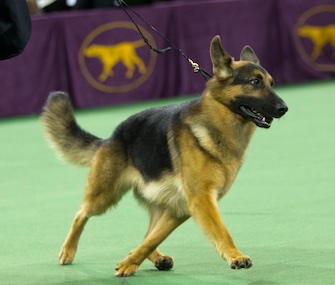 AP
Rumor, a German Shepherd, was heavily favored to win the Best in Show title at the 2016 Westminster Dog Show.

Dr. Meen, a psychiatrist from Toronto, Canada, was sequestered throughout the two-day competition and saw only the seven Group finalists who he had to choose from when he entered the ring late Tuesday night. He’s bred and co-owned several champion dogs, including Borzois and Skye Terriers. He’s been a judge at Westminster at the Group level in the past.

In addition to Charlie, the other dog who was heavily favored to win was Rumor, a 4-year-old German Shepherd who was the country's No. 1 show dog. Rumor will now retire from the show ring.

CJ brings home the silver bowl after topping more than 2,700 competitors in the prestigious show. He succeeds Miss P, the sprightly Beagle who was Best in Show 2015. She was only the second Beagle to win the top prize.

At Westminster, dogs are judged against a breed standard rather than against each other.

Seven new breeds were added to the show this year, bringing the number of breeds and varieties to 199. The new breeds included the Bergamasco and Berger Picard, Miniature American Shepherd and Spanish Water Dog in the Herding Group; the Boerboel in the Working Group; the Cirneco dell'Etna in the Hound Group; and the Lagotto Romagnolo in the Sporting Group.

One of the entrants in the Non-Sporting Group was Tomi, a Shiba Inu who is credited with much more than good looks. In October, he alerted his family to a fire in their home by jumping all over his sleeping owner to wake her up. "He was telling me something was wrong. Somehow, he knew," owner Julia Haight said.

This was a bittersweet show for David Frei, who ended his run as the competition’s announcer after 27 years. Under a new contract, the Westminster Dog Show will air on Fox Sports 1 for 10 years starting next year. Frei will continue to work with NBC and will be the announcer for the National Dog Show, which airs on the network on Thanksgiving Day.

Past Best in Show Winners 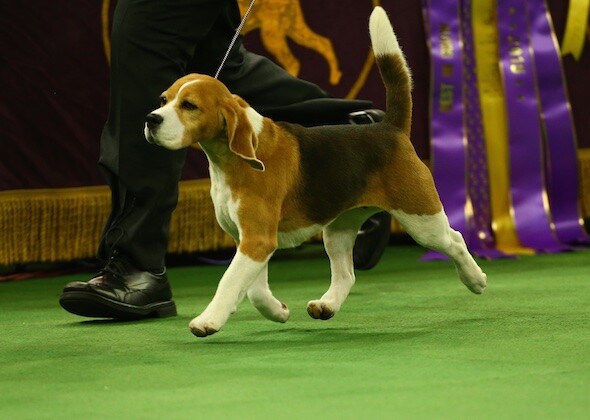 Miss P, a 4-year-old Beagle from Canada, surprised the crowd at Madison Square Garden when she took the top prize in 2015, pulling out a win over the crowd favorite, an Old English Sheepdog named Swagger. But the energetic CH Tashtins Lookin’ for Trouble quickly won the audience over. She was only the second Beagle to take the crown in Westminster history, and was slated to retire and have puppies after the show. 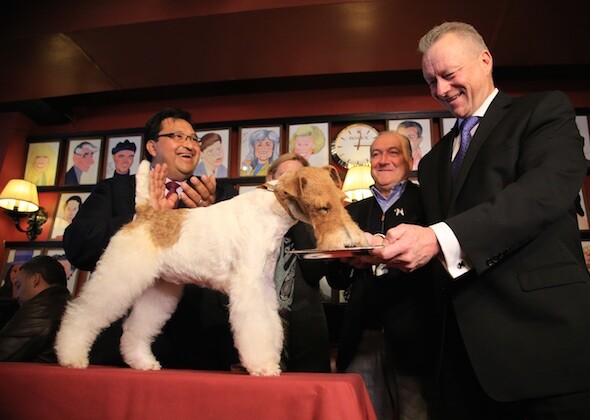 In 2014, Sky the Wire Fox Terrier became the 46th member of the Terrier Group to win Best in Show. The 5-year-old dog leapt up on her hind legs when the Best in Show judge made her decision. "I'm so proud of her... there's no words to describe this," said GCH Afterall Painting the Sky's handler, Gabriel Rangel. She retired in California and had her first litter of puppies in the year following her win. 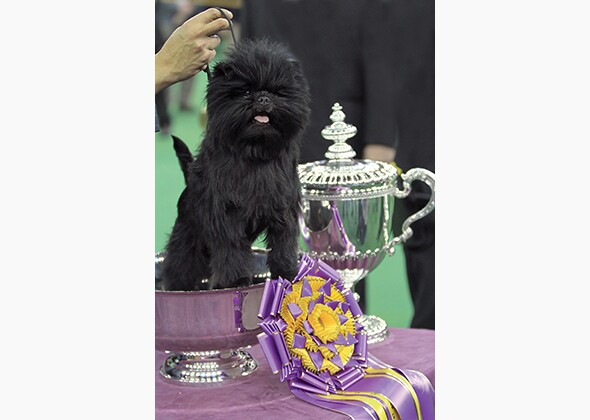 Banana Joe, AKA CH Banana Joe V Tani Kazari, won Best in Show at Westminster in 2013 — capping off an impressive career that included 85 other Best in Show titles from other competitions. The 5-year-old Affenpinscher had a personality much larger than his little body. “Nobody told him that he’s a small breed,” handler Ernesto Lara said. “I don’t think he’d believe that.” He's now retired and living in Holland. 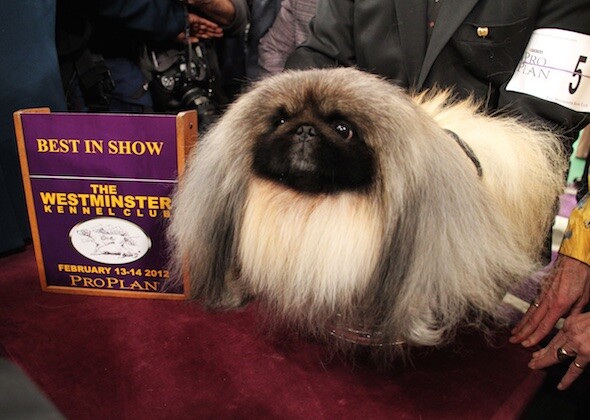 The crowd gathered for the 2013 show adored Malachy, the wobbling Pekingese who won the silver bowl that year. The 4-year-old dog got laughs every time he moved, and especially when an announcer described the breed’s “unhurried gate.” It was the first win for CH Palacegarden Malachy's breed since 1990. After the win, Malachy retired in Pennsylvania with his owner, David Fitzpatrick, and eight other Pekingese. 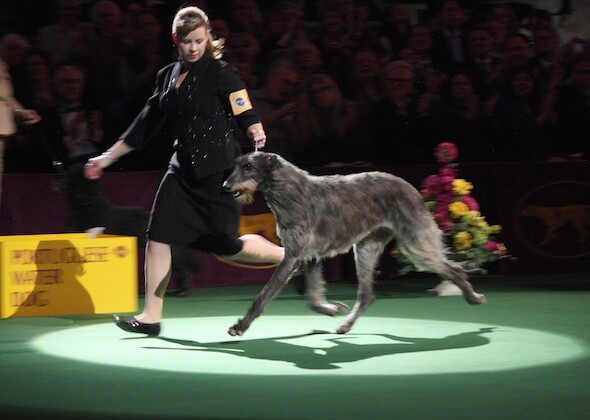 Hickory the Scottish Deerhound made history in 2011 when she became the first of her breed to win the coveted Best in Show title. Her official name is GCH Foxcliffe Hickory Wind, and she retired to her home in Flint Hill, Virginia, where she enjoyed life on her family's 50-acre farm and had a litter of nine puppies. 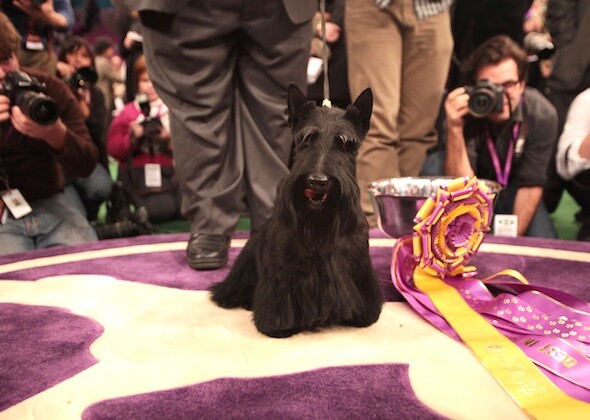 Sadie was quite the champ in 2010. The Scottish Terrier took Best in Show in at Westminster after having won National Dog Show and the AKC/Eukanuba National Championship as well. “She was perfect,” said her handler, Gabriel Rangel, of CH Roundtown Mercedes of Marysco. “I couldn’t ask for anything else.”

In 2009, Stump the Sussex Spaniel made history of his own — in two ways. At age 10, he became the oldest Best in Show winner in Westminster history. And CH Clussexx Three D Grinchy Glee was the first of his breed to take the top prize. 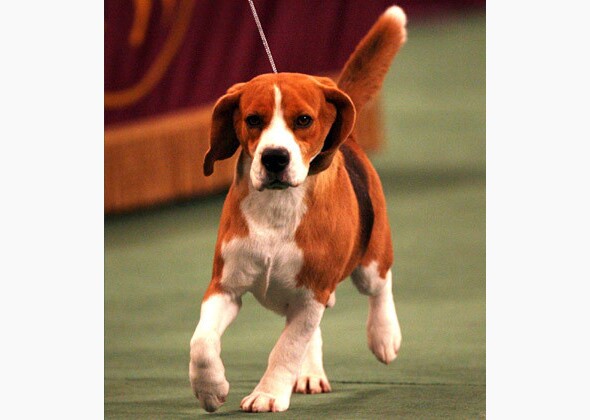 The first Beagle to win Westminster's Best in Show, Uno took the title in 2008. CH K-Run’s Park Me in First barked and brayed in the ring, and was adored by the fans in Madison Square Garden. “He’s a people’s dog, a merry little hound,” handler Aaron Wilkerson said. Uno retired with his co-owner, Caroline Dowell, and became full-time house dog. 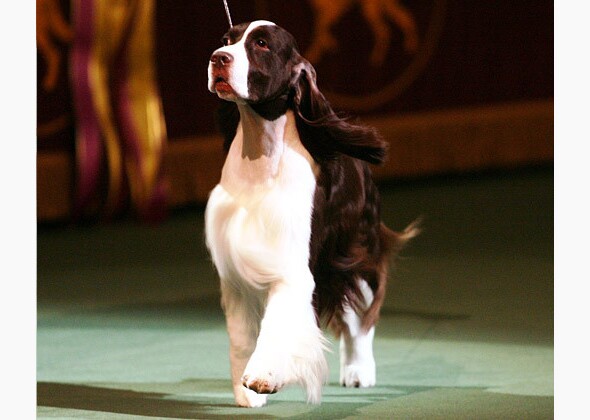 A certified therapy dog with a flowing coat, 6-year-old CH Felicity's Diamond Jim was Best in Show in 2007. The English Spring Spaniel jumped into handler Kellie Fitzgerald's arms when he was named the winner. "I'm over the moon," Fitzgerald said.  "He shows 110 percent all the time. Fabulous, fabulous dog. He really excels in the big ring." 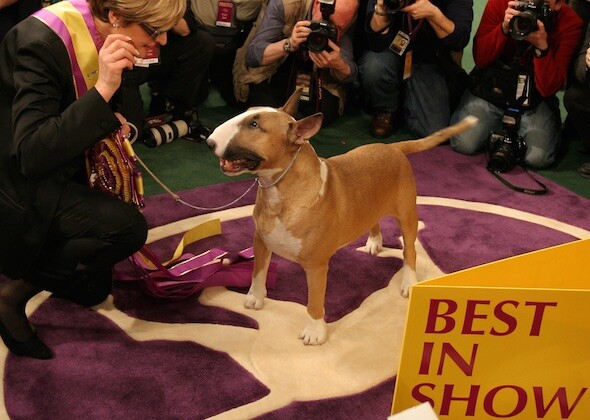 Rufus, a Bull Terrier with an egg-shaped head, was Best in Show 2006. CH Rocky Top's Sundance Kid was 4 years old when he won Westminster. He was the first of his breed to win at the prestigious show since 1919.

Best of Hound Group: Lucy, the elegant Borzoi from Japan who went on to win the top prize, won the Hound Group after dashing around the ring with her light-colored hair streaming behind her on Monday night. Her win was a family affair. Nearly 4 years old, CH Belisarius Jp My Sassy Girl is owned by Mai Ozeki. Lucy was bred by Ozeki’s mother, and she was shown by Ozeki’s husband, Shota Hirai, who’s a professional handler in Japan. The Hound Group featured one new breed — the Cirneco dell'Etna — which has been around for thousands of years but is new to Westminster. Brazen, a Whippet who was the top Hound in the country last year, came in second in the Group, followed by the Saluki. Midnight, a 15-inch Beagle, placed fourth.