Clouded Leopards Are a Clear Favorite at San Diego Zoo 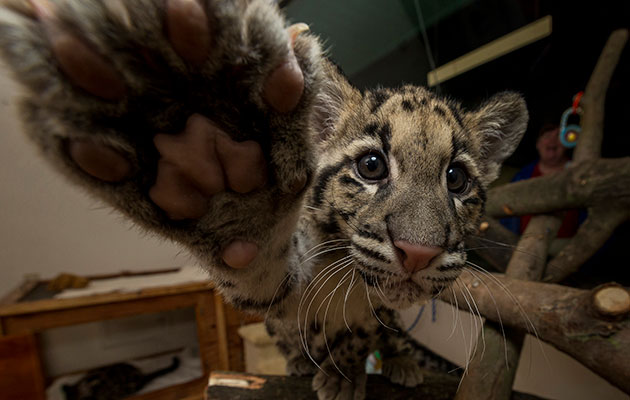 Come on. Is it really possible to be this cute?

Two 14-week-old clouded leopard cubs — named for their cloud-like spots — have made their public debut at the San Diego Zoo. And they are seriously cute.

The brothers arrived at the zoo last week from the Nashville Zoo at Grassmere. Part of a critically endangered species, the pair will spend 30 days in quarantine — but visitors can see them, and they’re quickly becoming some of the most popular animals in the zoo. (We can see why!)

At 11.5 pounds, keepers say Haui-san isn’t intimidated by his larger brother. Feisty and playful, he enjoys enticing Riki-san into a wrestling match or a game of chase.

Riki-san is 13 pounds, but is more timid of the two cats — and he sometimes seems tempted to sneak in a nap instead of playing.

Male clouded leopards, who can grow to be about 50 pounds and are excellent swimmers and climbers, are found in the Southeast Asian rainforest. 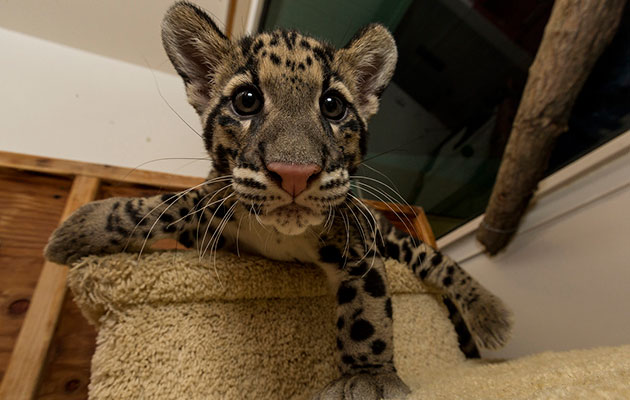