For Celebrity Pets, Is Internet Fame the New Hollywood? 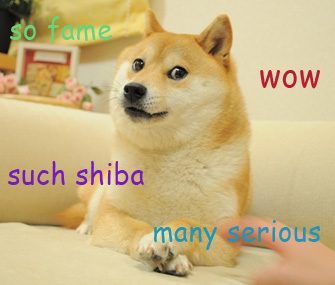 Such popular. Many joke. Wow. If you don’t know what we’re talking about, delve into the world of Doge, a trendy Internet meme featuring a Shiba Inu picture flanked with short, nonsensical messages written in multicolored comic sans font.

The meme flourished on Facebook and Reddit at the end of 2013, and continues to dominate, even inspiring a cryptocurrency called Dogecoin. Its users recently raised $30,000 to send the two-man Jamaican bobsled team to the Sochi Olympics. (But that’s a whole ’nother story.)

So now that you’ve fallen in love with the meme’s inexplicably endearing Shiba Inu, you want to go out and get one of these newly popular dogs for yourself, right? But is that really a good idea? Probably not, according to some experts.

The Faults of Fame

Gina DiNardo, vice president at the American Kennel Club, cautions against impulsively buying or adopting the types of animals you fall in love with online.

“It is something that happens, because people like to emulate things that are popular in culture. It makes them cool, makes them hip, makes them relevant,” she says. “But an animal, that shouldn’t be part of the consideration.”

Still, that doesn’t mean it never happens. Flash back half a century to Disney’s 1961 release of a soon-to-be classic called 101 Dalmatians. In the late 1990s, a live-action version reigned, followed by a sequel, video game and stage musical.

Every time Disney does a rerelease, people rush out to get Dalmatians. That’s quickly followed by an influx of the dogs ending up at shelters because those impulsive owners weren’t prepared to care for a high-energy, athletic dog with the demanding exercise needs of the Dalmatian. 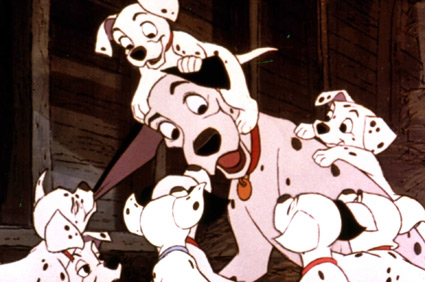 Everett Collection
After each release of 101 Dalmatians, pet lovers rush out to get their own spotted beauties. Unfortunately, many of these dogs end up in shelters.

“Movies can have a detriment,” says Meg Hennesey, corresponding secretary of the Dalmatian Club of America. “A lot of people who didn’t do health testing, didn’t do temperament tests, just bred anything, got into Dalmatians to make a quick buck. And they made their quick buck. And then, all of a sudden, the Dalmatian fell out of favor for another breed. And the puppy mills, then, were stuck with Dals and got rid of them.”