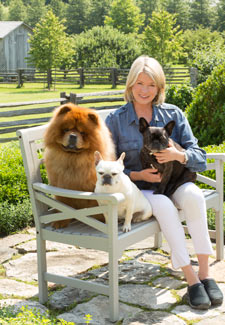 Martha Stewart’s path to living a good long life includes a plethora of pets — from her Himalayan cats and French Bulldogs to her singing red canaries and horses to her Chow Chows so often featured on magazine covers and books. While Stewart has made a study of living beautifully, part of that commitment involves offering the best care for the animals that share her life.

Whether you’ve seen this Emmy award–winning TV show host on television or read her how-to tips for living in magazines or books, you’ve likely invited her into your home to help you with lifestyle advice that ranges from cooking, gardening and crafting to organizing and entertaining. And in her latest book, Living the Good Long Life: A Practical Guide to Caring for Yourself and Others (Clarkson Potter, 2013), Stewart created a guide for living your healthiest life, including her own 10 Golden Rules for Successful Aging.

“Pets are a very important part of my life,” Stewart says. So important that when Stewart is in New York City, she often bypasses her apartment there to go home and be with her animals in Bedford, N.Y. “I come home because I have my pets. And I want to see my pets and pet my pets and cuddle with them.” Stewart describes the experience of pet ownership as similar to having a young child in the house. Her Frenchies sleep in her bedroom, surrounding her with their attention and affection.

On Martha Stewart's Farm: A Day With Stewart and Her Animals 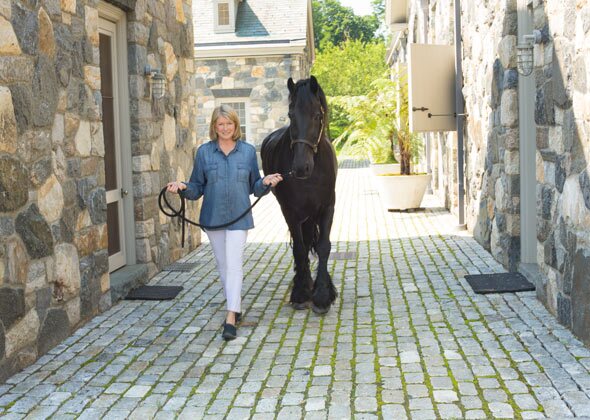 Martha Stewart walks with one of the horses on her farm in Bedford, N.Y. 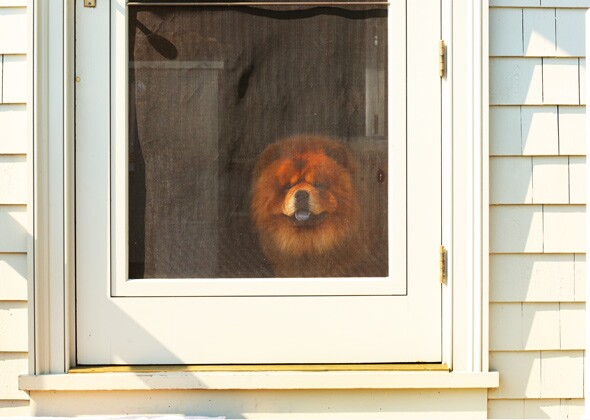 When Stewart's Chow Chow Ghengis Khan isn't busy guarding the farm Stewart calls home, you can find him on the dog show circuit. In 2012, he won Best in Breed at the 136th Westminster Dog Show. 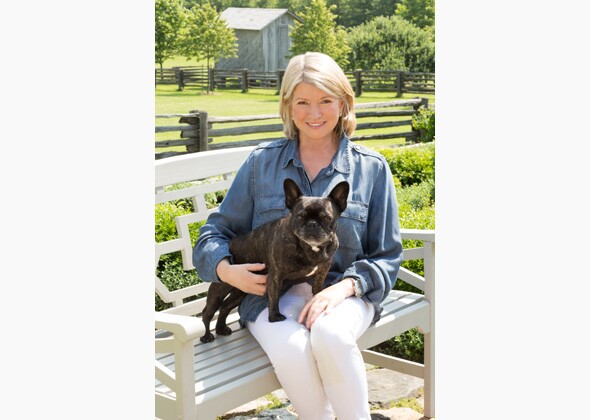 Stewart sits with her French Bulldog, Francesca. The pup writes her own blog, The Daily Wag, with Stewart's other Frenchie, Sharkie. 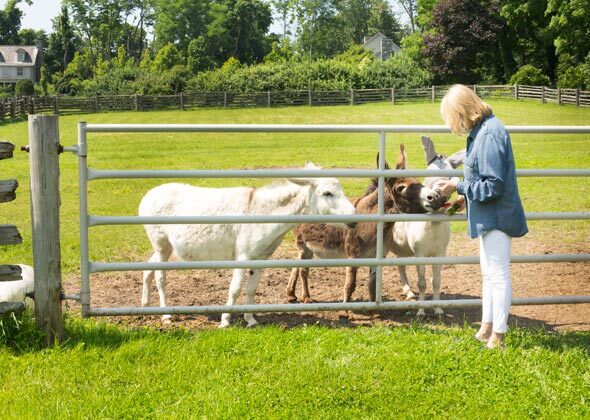 With treats in hand, Stewart stops to visit the donkeys. Looks like she's whipped up something delicious! 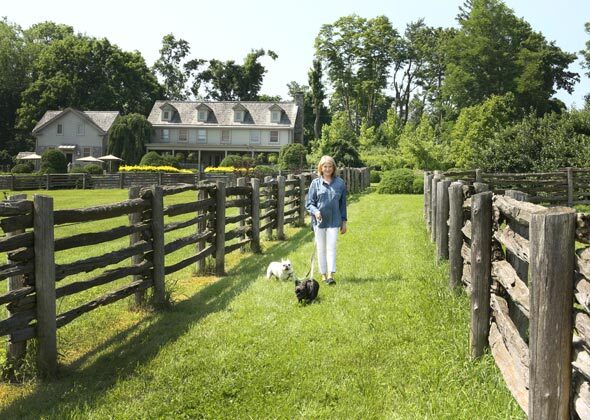 Frenchies Sharkie and Francesca take a stroll with Stewart. 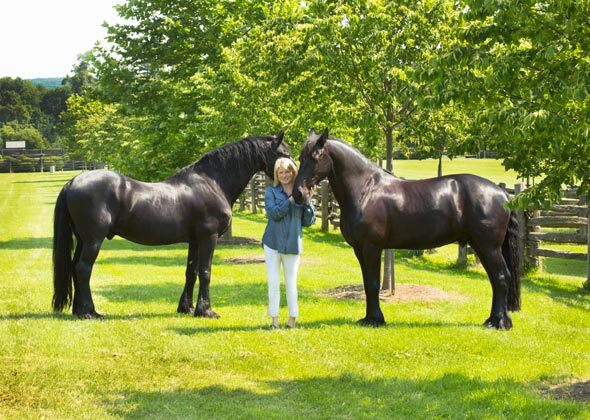 Stewart's love for animals is evident as she poses with two striking residents of her farm. 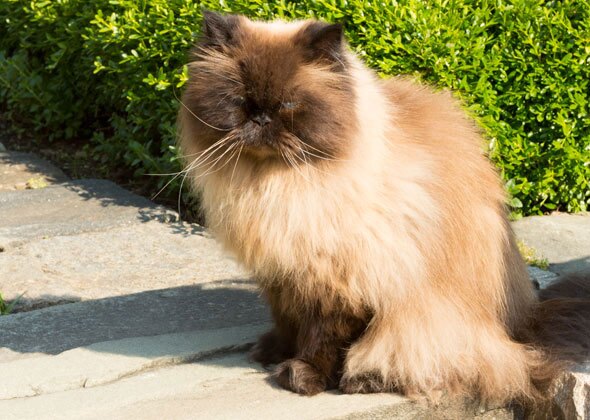 One of Stewart's Himalayan cats relaxes in the sunshine. The first cat Stewart ever owned was named Chigi Toto who knew how to play fetch and answer the telephone. 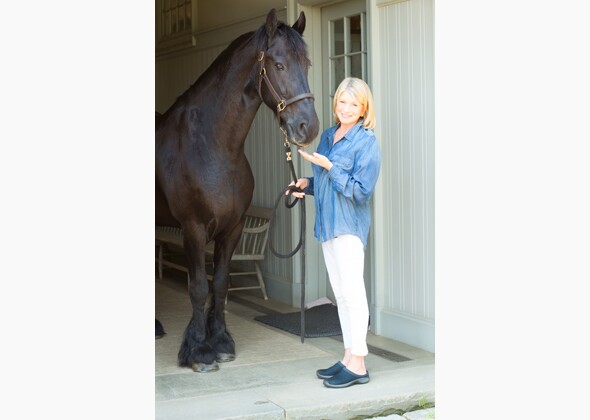 Stewart has had a lifelong passion for animals and is always happy to see them when she comes home to the farm, saying, "I come home because I have my pets. And I want to see my pets and pet my pets and cuddle with them."

Her Chow Ghenghis Khan, or G.K., has his distinctive Chow way of being in the room. He goes into the doorway and sleeps with his back to the bed, facing the exit. G.K.’s guard dog mentality means he sleeps with his eyes facing out to the door. This normally quiet dog will come alert on his forelegs, ready to go, at the sound of an intruder. But he’s always a pet first. Stewart recalls a night recently where G.K. woke her at 3:30 a.m. for a restroom break.