Dec. 19, 2013: We've scoured the Web to find the best and most compelling animal stories, videos and photos. And it's all right here. 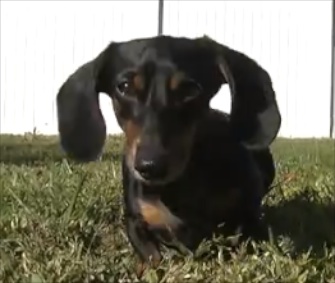 ABC Action News
Willie, an injured Dachshund, was adopted by a Tampa family in time for the holidays.

An injured Dachshund who was left near the Dumpster at a Florida shelter a month ago got an early Christmas gift: the perfect forever home. Sandy Lewers, a lifelong Doxie lover, went to the Humane Society of Tampa Bay to pick up her missing cat. While she was there, though, she heard the distinct bark of a Dachshund, and asked to see the dog. The staff told her Willie was a special case — the paralyzed dog needed a wheelchair to get around. But that didn’t bother Lewer, who already had three Dachshunds at home, including one who’d also had a spinal injury. “Willie adopted me,” said Lewer, whose house is also home to a Lab mix and her three children. "I saw Willie, and my heart melted." She said Willie fit right in at her home, and is already making a difference in the lives of two of her kids, who are autistic. "It's a great holiday story that he's now in a home with other dogs and is now going to be loved for the rest of his life," said Sherry Silk, the shelter’s director. — Read it at ABC News and watch it at Tampa’s ABC Action News

Orlando, the 11-year-old Lab whose blind owner credited him with saving his life when he fell into the subway tracks in New York on Tuesday, touched a lot of hearts. When people heard that Cecil Williams, who is blind, would have to give up his best friend after he retires next month because he couldn’t afford to keep him without the help of his insurance, strangers quickly responded. Donations flooded in to Guiding Eyes for the Blind, the group that provided Williams with Orlando seven years ago. The group said Wednesday that it the contributions would cover the cost of keeping Orlando for life after his retirement. "Orlando, he is my best buddy, he's my pal," said an emotional Williams. "I feel that it's a blessing, I feel that it's a miracle.” Williams is expected to be released from the hospital on Thursday. — Read it at NBC Washington

Five rare Chinese big-headed turtles hatched in the U.S. for the first time last month, said officials at the Wildlife Conservation Society's Prospect Park Zoo in Brooklyn. "With so many of the world's freshwater turtles and tortoises facing extinction, these hatchlings represent significant progress for the conservation of the species," said Denise McClean, the zoo’s director. The species, known for its large head that can’t be drawn into its shell like other turtles, is a popular pet in China and Southeast Asia, which has contributed to its endangered status. — Read it from Reuters via Yahoo 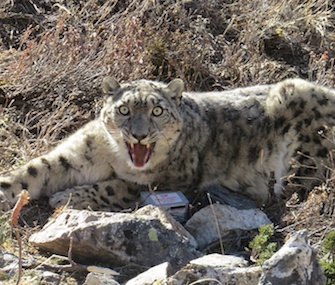 In a first for Nepal, scientists have fitted an elusive snow leopard with a GPS tracking collar, said officials from the World Wildlife Fund. The 5-year-old male was captured in a conservation area on Nov. 25, sedated while he was outfitted with the collar, and then released. He was named Ghanjenzunga, for a local deity. Conservationists hope that what they learn from tracking the endangered cat for a year will them make better-informed decisions about how to help his species. "While past studies on the snow leopard have been limited to areas that are accessible to people, this technology will help provide important information on the ecology and behavior of the wide ranging snow leopard," said Narendra Man Babu Pradhan of WWF Nepal. There are an estimated 4,000 to 6,500 wild snow leopards in the world. — Read it at Live Science

Each day until Christmas, the penguins at South Korea’s Everland theme park are covering up their natural tuxedoed look with different kinds of suits for the holidays. Nine of the black and white birds dress up like Santa, his reindeer and Christmas trees to greet visitors in a waddling parade. — Watch it at People Pets