Feb. 4, 2013: We've scoured the Web to find the best and most compelling animal stories, videos and photos. And it's all right here. 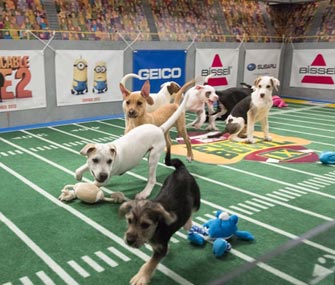 Everyone Wins at the Puppy Bowl

Before the Baltimore Ravens and San Francisco 49ers kicked off Super Bowl XLVII in New Orleans, there was another (much cuter) big game on Sunday afternoon: Animal Planet’s Puppy Bowl IX. The game featured 63 adorable shelter pups from around the country — as well as Meep the bird who Tweeted game updates, hamster sports reporters, hedgehog cheerleaders, the traditional kitten half time show and one lucky human ref, who doled out penalties for “excessive cuteness.” Marta, a Schnauzer-Beagle mix who’s “deceptively athletic,” took home the “Most Valuable Puppy” prize — and all of the puppies are now the winners of forever homes. — Read it at USA Today and meet the puppy players

Plus: Never doubt an animal prognosticator! Or at least not these two. Both Teddy Bear the talking porcupine and the Golden Retriever puppies who delighted the audience on Jimmy Fallon’s Late Night last week picked the Ravens, who won 34-31.

After seeing them run around on the sidelines of the Puppy Bowl, no one would blame you if you wanted to run out and get your own pet hedgehog. But before you do, a report released Thursday by the Centers for Disease Control and Prevention says that last year, 20 people were infected by a rare and deadly strain of salmonella, and the illnesses were linked to contact with pet hedgehogs. One of the infected people died last month. The CDC recommends thoroughly washing your hands after handling hedgehogs, and cleaning their cages outside. — Read it at the New York Daily News

With climate change threatening their habitat in the northern Rockies, the U.S. Fish and Wildlife Service last week proposed giving the wolverine protection under the Endangered Species Act. If it is finalized, this largest member of the weasel family will be part of a growing group of species whose survival is threatened by global warming. Other species in this small group include polar bears, elkhorn coral and staghorn coral. — Read it at The New York Times 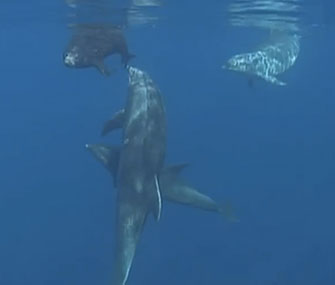 When a lone seal found himself floating into shallow waters, he began struggling in the current to swim away from the shore. Luckily, a group of altruistic dolphins was nearby. They gently nudged the pup in the right direction, seeming to give it enough encouragement to head back out to sea. Thegood deed was caught on video by the Canadian nature channel Oasis HD. — Watch it at the Huffington Post

The Bushes Say Goodbye to Barney

George W. Bush’s family announced late Friday that Barney, the Scottish Terrier who’d lived with them in the White House for two terms, passed away at age 12 after battling lymphoma. In a tribute on his Facebook page, the former president wrote that his longtime companion "never discussed politics and was always a faithful friend ... Barney and I enjoyed the outdoors. He loved to accompany me when I fished for bass at the ranch." During his time at the White House, Barney starred in a series of videos with the family’s younger Scottie, Miss Beazley. — Read it at People Pets