January 25, 2012: We've scoured the Web to find the best and most compelling animal stories, videos and photos. And it's all right here. 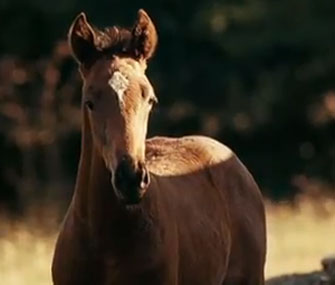 The thoroughbred gelding just wasn’t making it as a racehorse, but Finders Key hit his stride on the big screen. After making his movie debut in the 2003 hit Seabiscuit, he’s now starring in the Oscar-nominated film War Horse as one of 14 horses who play Joey.

“Horses are like people. You can’t tell what’s inside by just looking at them,” his former owner, Scarlet Timphony, told The New York Times. “So there we were, trying to force Finders Key to race, when what he wanted to do was be in the movies.” — Read it at The New York Times and watch the trailer on YouTube

Plus: Uggie, the canine star of The Artist, has been stealing the show on the red carpet — but the Jack Russell Terrier was passed over for an Oscar. — Read it at Reuters

A Political Requirement: Must Love Dogs

When they hit the campaign trail, presidential candidates need to shake hands, kiss babies — and pet dogs. Politico rounded up pics of presidential hopefuls posing with pups. — See the photos at Politico 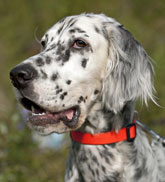 New statistics from the U.K.’s Kennel Club show a sharp decline in registrations for native breeds like the English Setter (shown at right). Instead, the nation is seeing an increase in the number of Siberian Huskies and Chihuahuas. — Read it at the BBC News

Researchers were surprised to find five endangered snow leopards in a nature reserve near the border of Afghanistan. — Read it at the Huffington Post

Three litters of coatis — 21 babies, in total — have been born in the last few weeks at the Melbourne Zoo. All of the babies will be fitted with microchips, so zookeepers can keep track of who’s who before the coatis, members of the raccoon family, go off to explore their zoo habitat. — See the photos at People Pets