Home ›
Our Pet Experts ›
The Worth of a Dog

The Worth of a Dog 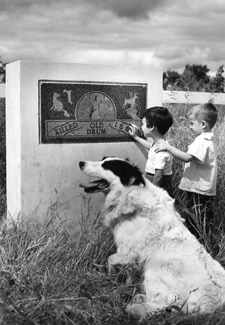 How much is a dog worth in the eyes of the law? Historically, when a pet dog has been injured or killed unnecessarily, the owner's compensation has been limited to the animal's replacement cost alone. But consider this 19th-century case of an owner seeking compensation for the loss of his beloved pet.

In 1869, Charles Burden’s dog, Old Drum, was shot and killed by the nephew of his neighbor, Leonidas Hornsby. Burden sued Hornsby for the loss of Old Drum, and after several appeals the case reached Missouri’s Supreme Court. Both sides had prominent attorneys, but it was Burden’s attorney, Sen. George G. Vest, who won the judgment of $50 with his famous closing argument now known as Eulogy of the Dog. The speech coined the phrase “man’s best friend” and focused on the faithfulness of the dog, never referring to the facts of the case. But since then, awards based on sentimental, rather than market, value of animals have rarely been upheld.

Today, only two states, Illinois and Tennessee, have statutes that allow for recovery of any amount more than the replacement cost of the animal, and those statutes are limited. Even recovery of veterinary costs required to save an animal’s life is limited to the animal’s replacement cost in most states. The courts consider purchase price, special training and loss of income from puppy sales (for pregnant dogs), but not sentimental value, pain and suffering, or loss of companionship. Because many beloved dogs have little to no market value, compensation for even the most egregious acts harming a pet is so little that it’s not worth suing.

But that might be changing, as evidenced by the following cases in which pet owners received large sums following the maiming or death of their pet. Although two of the four cases presented here were settled out of court — with no admission of guilt or official judge or jury ruling — they testify to the fact that dogs are increasingly being recognized as true family members and not merely possessions.

In 2012, a Frederick County, Md., jury returned a $620,000 verdict against two deputies. The deputies had gone to a home, where one of them shot the family dog, a 7-year-old chocolate Labrador Retriever named Brandi, as she bounded out to greet them. Brandi had ceased barking and was never within three feet of the deputy who shot her. Shot in the chest and leg, Brandi survived but is now permanently disabled.

The Jenkins v. Brooks verdict may be the largest verdict for the injury of a dog in the nation, although much of it was technically awarded for violating the owners’ constitutional rights when officers entered the home without a warrant, not for sentimental value or pain and suffering.

In 2010, Cammie, an 18-month-old American Bulldog, was reported running at large in LaGrange, Mo., and was said to have growled at a child. When police came, Cammie was already caught and tethered. They untethered her and tried to lead her with a catchpole, but she was frightened and resisted. As she stood still, one of the officers shot her in the shoulder. She fell and made no movement except for wagging her tail. Shortly thereafter, the officer fatally shot her in the head. Cammie's owners filed in federal court, and the case was settled before trial for $50,000 in May 2013. The fact that the incident was recorded and posted on YouTube, with more than a million views, may have influenced the decision to settle.