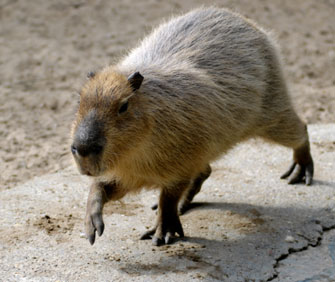 Every Tuesday, we'll share a few fun animal facts with you from experts all over the country. This week, we're focusing on the surprisingly charming capybara, and today's expert is our own Linda Lombardi, former small mammal zookeeper and author of the oldest page about capybaras on the Internet.