Just last week, we heard the amazing story of guide dog Orlando, who risked his own life to jump onto subway tracks in Manhattan after his blind owner fell in front of an oncoming train, saving his life.

But the 11-year-old Lab’s touching story is far from the only tale of loyalty and bravery by canines this year.

Below, we recall some of our favorites from 2013, in a holiday tribute that's sure to warm your heart.

The Jordan family of South Carolina was mystified when their normally friendly dog, Killian, became more and more aggressive toward their 7-month-old son’s babysitter. They knew something had to be wrong. “We noticed the dog was getting very defensive when Alexis was around. He would growl and stand between her and our son. His hair would stand up on the back of his neck and we knew something was up,” said Benjamin Jordan, the baby’s father. He and his wife placed an iPhone under the couch one day to record audio while they were gone, and were horrified to hear the sitter, Alexis Khan, cursing at and slapping little Finn while he cried. Khan, 22, confessed to police and pleaded guilty to assault and battery charges, ABC News reported in September. She’s now serving time in prison and won’t be allowed to work with children again. And the Jordans’ loyal dog, a Labrador and German Shepherd mix, is in training to extend his help to others as a psychiatric services animal. 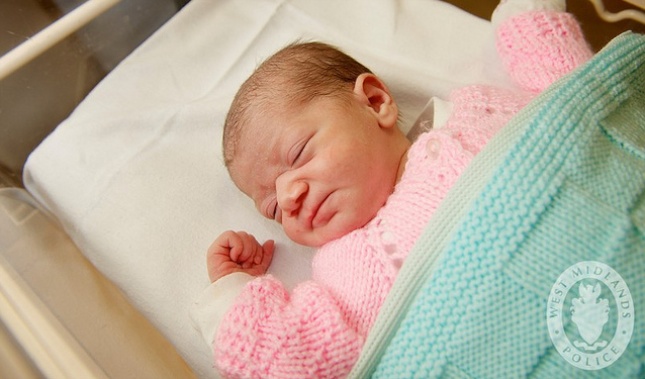 On a November afternoon, grandfather and retiree Roger Wilday was taking his German Shepherd, Jade, for a walk in a park near their home in England when the dog suddenly ran toward the bushes and laid down next to a bag. The 9-year-old dog refused to move, and when Wilday approached, he realized that the bag was a carrier — with a newborn baby girl inside. "Jade’s never found anything before,” Wilday’s wife, Catherine, told the Birmingham Mail. “She must have heard the baby crying, as these dogs have very good hearing, plus she’s very keen on our grandchildren.” Wilday ran to a nearby friend’s house and called the West Midlands police, who came and took the 6-pound infant to the hospital, and began to search for her mother. The hospital staff came up with the perfect name for the “alert, happy and contented” baby as she recovered: Jade.

Juneau, an Alaskan Husky, acted fast when her owner suffered a traumatic injury while skiing in the Colorado backcountry last month. The 5-year-old dog raced to the bottom of the trail, barking for help after Leonard Somers fell into a ravine, hitting his back and neck on a tree trunk. Juneau quickly got the attention of other skiers, and led them back to where Somers lay. Somers was paralyzed from the waist down, but was emotional when talking about how much worse things could have been if it wasn’t for his dog. “She knew that I needed help,” Somers said. “She helped me dig out of the snow and proceeded to lay on my legs and some of my body to keep me warm until help came… I love her so much for her help.”

It’s not always humans who benefit from dogs’ heroic acts. Sometimes, they even look out for their archrivals! That was the case in South Carolina in May, when a resident called the local police to report that she’d been hearing a dog barking for more than two days. Animal control officer Michelle Smith followed the sounds down a steep ravine, where she came across a 5-year-old dog nursing a kitten. "I'm thinking that it just couldn't get back up with the kitten, and I don't think it was willing to leave the kitten," Smith said. The unlikely duo was taken to the local Anderson County P.A.W.S. shelter, where the staff supplemented the pup’s nursing with bottle feeding. In August, they were adopted by a couple who named them Goldie and Kate, after mother and daughter actresses Goldie Hawn and Kate Hudson. 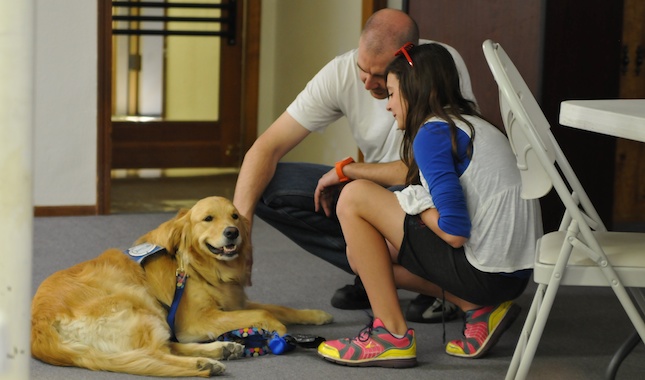 This isn’t the story of one wonderful pup, but a whole team of them. The K-9 Comfort Dogs, from the Lutheran Church Charities in Illinois, sent teams of sweet Golden Retrievers trained as therapy dogs to the scenes of countless disasters around the country this year. The dogs offered an ear, a cuddle and a wagging tail to the children who survived the Newtown, Conn., school shootings as they started at a new school early this year; they were on the scene in the aftermath of the Boston Marathon bombings in April; and they visited the families of the 19 Hotshot firefighters who were killed in the line of duty in Arizona in July, just to name a few. We’re sure these dogs will continue to share their heroic ability to comfort next year, and for many years to come.