We Learned the Hard Way That Heartworm Prevention Is Necessary 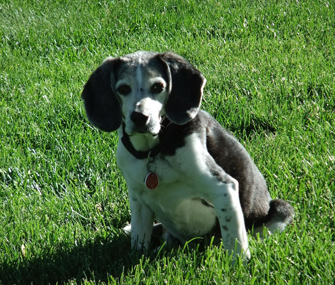 My parents have always been dog owners, from before I was born until today. Since my childhood they have had four dogs of various breeds. Each one has lived a long and full life, some even making it to the ripe old age of 18. My mom would buy special treats for each dog, as well as new toys and beds (sometimes dotting each room with a bed). My stepdad wasn't far behind, although it would be hard to get him to admit it. He would snuggle with the dogs while watching TV in the evening and sneak them snacks. One of his favorite things to do was take the dogs for car rides, which they loved.

But even the best pet owners make mistakes, and this is the story of what can happen when you stop giving your dog his heartworm preventionmedicine.

A Long History With Animals

“My first dog as an adult was a Poodle named Rocky. I got him in 1976, and although he was kind of a grumpy dog, I spoiled him and did everything I could to help him live a long, healthy life. He lived to be 18 years old.I don’t even remember heartworm prevention being prescribed back then,” says my mom, Deb Love. “Maxi, our Maltese, whom we got in 1991,was the first dog I ever gave heartworm prevention medicine to after my vet recommended it.”

My stepdad grew up around animals on a farm, where their pets were allowed to roam free and there was never any talk of long or expensive treatments if a pet became ill, let alone worrying about heartworm prevention.

In 1998, while I was in high school, we still had Maxi, but we also welcomed a Beagle puppy into our home. I named him Bailey. Both dogs lived without any major health problems, until my mom and stepdad stopped giving Maxi and Bailey their heartworm preventive in 2008.

A Changing View of Heartworm Protection

Heartworm disease is transmitted through the bite of an infected mosquito. Initially veterinarians tended to prescribe heartworm prevention medicine based on where you lived. If you were in the South, where mosquitoes can be found all year, you were told to give the preventive all year long. But for those who lived elsewhere (like my parents, who live in Nebraska), generally you gave it to your dog from around May through about December, because it was believed to be too cold for mosquitoes to live in the winter. Today, since cases have been reported in all 50 states and because mosquitoes can live inside (even in winter), it’s recommended that no matter where you live, you give your dogs and cats heartworm prevention medicine year-round. In addition, you should try to keep your pets away from mosquitoes when possible.

“I don’t really know what made us decide to stop,” says my mom, looking back. “We didn't think they were susceptible. All of our other dogs were fine when we didn’t give it to them, so why continue doing it?”