Home ›
Our Pet Experts ›
Dr. Patty Khuly ›
Why Pet Ownership Is Up — Despite the Drawn-Out Recession

Why Pet Ownership Is Up — Despite the Drawn-Out Recession 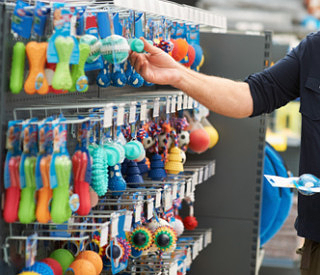 Believe it or not, you’re not alone.

You’d think that discretionary spending would take a nosedive in recessionary times, yet the American Pet Products Association, a trade group that’s been studying pet ownership since the 1980s, reports that pet ownership is at its highest level in nearly two decades.

According to the research, people in the U.S. will spend more than $50 billion on their animals this year. And given that American pet owners have continued to spend at least 5 percent more on their animals every year since 2001, the pet sector is clearly on fire.

That’s largely because pet ownership is at an all-time high: 72.9 million U.S. households have them. To put things in perspective, this means that about two thirds of American households can count at least one pet among its family members — in 2011 that amounted to 78 million dogs and 86.4 million cats.

Predictably, this finding has been well received by the veterinary profession. After all, more pets means more business. The news is especially welcome after a Bayer/Brakke/NCVEI study showed a drop in pet owner spending on veterinary services.

So what makes people want to take on pets, in spite of economic woes?

Here’s my personal theory: People are increasingly drawn to animals for a variety of reasons, from an increasing awareness of the power of the human-animal bond to the need for people to engage in positive activities while unemployed. It only makes sense that people whose lives feel meaningless would look to pets for inspiration, validation and comfort.

While the high cost of keeping pets healthy might make this “untimely” rise in pet ownership an unwelcome thing — we don’t want to encourage it if people can’t even afford to feed themselves — I can’t help but think that this research makes a profound statement about how deeply we believe in the power of pets to improve the quality of our lives.