Why Vets Can’t Always Smell What You Smell 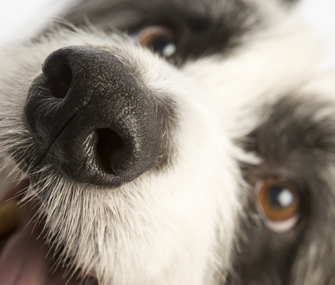 Despite the owner's deeply held belief that her dog, Guinness, was emitting a foul, alien odor, neither myself nor my staff members were able to detect any sort of aroma — good, bad or ugly. Guinness smelled just like I remembered him when he was neutered two days earlier. Then again, some veterinarians and veterinary workers have a way of becoming desensitized to certain odors.

It’s true. After years of starting our days with the not-so-sweet smells of soiled litter and dirty kennels, is it any wonder that subtle aromas like Guinness’s are lost on our chronically besieged olfactory receptors?

“What can I say?” I sheepishly replied to Guinness's owner, who was clearly frustrated by the lack of validation she was getting about her complaint. “I believe you. It’s just that vets often lose all normal points of reference for what smells bad and what doesn’t.”

Then I offered to bathe her dog in the shampoo of her choice at no charge.

But here’s the interesting thing: Although we veterinary professionals may lose our ability to discern bad odors from good smells, most of us make up for it by becoming experts in bad smell identification. In other words, we’re better attuned to the subtle differences found within the nasty smell spectrum.

Caution: I describe some pretty disgusting things in the next paragraph.

My own sense of smell is good enough that, without looking, I can usually tell which part of the intestines is responsible for that foul diarrhea. I can pinpoint by smell whether she’s got blood in her stool or bile in her vomit. I can probably also tell you how old that abscess is — and the kinds of bacteria inhabiting it. Or if that ear is infected with yeast, bacteria or both, and whether her ear drum is ruptured or not, based on the specific smell of a certain bacteria that's highly correlated with middle ear infections.

It’s a skill that probably makes me a better connoisseur of washed-rind cheeses. And I so love me a stinky cheese.

Cool, right? I think so. If only my superhuman sniff skills made it possible for me to empathize with clients who swear their dogs are stinky. I’d probably pass Guinness's smell test.

READ MORE: Dogs, You and Your Vet, Veterinarian Written, Opinion

READ MORE: Dogs, You and Your Vet, Veterinarian Written, Opinion