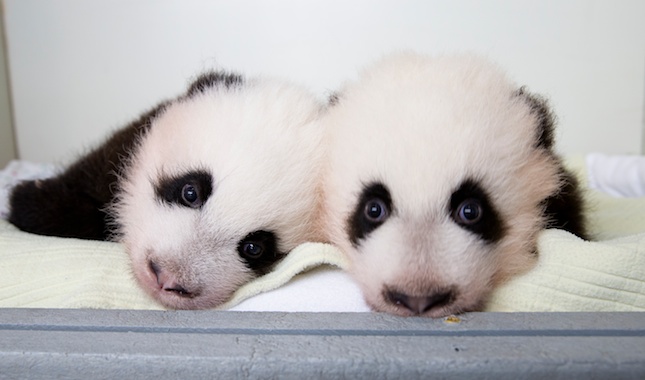 Zoo Atlanta
Zoo Atlanta's panda cubs will get their names at a ceremony on Wednesday.

If you think you’ve spotted more adorable panda cubs in the news this year than in the past, you’re on to something. In addition to the 17 cubs welcomed by the Chengdu Research Base of Giant Pandas in China, the past few months have also been marked by the arrival of cubs in Madrid, Taipei and Vienna, among others. And it’s been a banner year here in the U.S., with cubs born at the National Zoo in Washington and at Zoo Atlanta.

Is this a hopeful trend for a critically endangered species? Yes, say experts — at least for the bears living in captivity.

“In the past 10 years, the rate of success for captive breeding has really increased,” says Megan Owen, associate director at the San Diego Zoo’s Institute for Conservation Research.

“The captive giant panda population has been growing steadily and rapidly since about 2004,” she says. “There are many reasons for this, including better scientific understanding of the species and improved husbandry and management.” 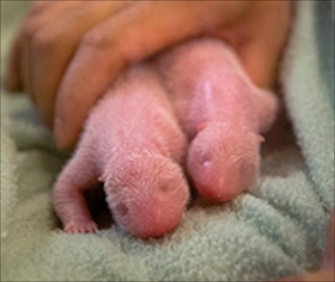 Owen says the initial increase came from implementing the practice of twin swapping, which Zoo Atlanta put to use after Lun Lun gave birth on July 15. Her cubs are the first set of twins to be born in the U.S.

Giant pandas give birth to twins about 60 percent of the time, but without this tactic, the moms generally choose only one to rear.

“Historically the other cub would have to go the nursery and the rate of survival was nearly zero,” Owen said. “Twin swapping, although simple in concept, has had a really dramatic impact on the amount of cubs that survive.”

It has proven to be a success at Zoo Atlanta. In keeping with Chinese tradition, 100-day-old twin brothers Cub A and Cub B will get their names today at a ceremony at the zoo.

“These cubs are being regularly alternated with the mother,” Snyder says. “That means one cub is always in the nursery. So, nursery staff have to make sure the cub that is not with the mother is warm enough and have to swap the cubs regularly. Twins require human assistance, which the single cubs do not.”

The twins are Lun Lun’s fourth and fifth babies with her partner, Yang Yang. All of their offspring have been boys.

Not only are giant pandas' butter-stick sized newborns delicate and “highly dependent” at birth, but giant pandas are also notoriously difficult to breed, Owen says, which means there's been more than just twin-swapping involved in the improved success rates for giant panda breeding and births. 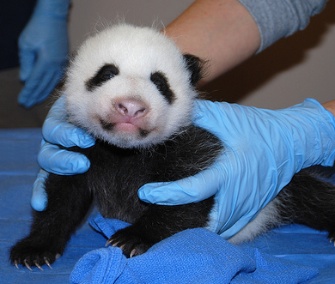 According to Snyder, overall health and nutrition for the captive population have improved, which has improved reproduction.

Another improvement has been “a fine tuning of our understanding of the timing of the artificial insemination process,” Owen says. That was used successfully with all of Lun Lun and Yang Yang’s babies. It was also a success at the National Zoo this year, where mom Mei Xiang gave birth to a healthy female cub on Aug. 23. (She also gave birth to a stillborn twin the following day.)

That cub’s birth was closely monitored following the trials and tribulations the zoo had in helping Mei and her partner Tian Tian try for another baby. Mei Xiang’s first offspring, Tai Shan, is now 8 years old and lives in China. Last year, Mei’s 1-week-old cub died due to problems with its lungs and liver. But the zoo says her now 2-month-old cub is healthy and happy.