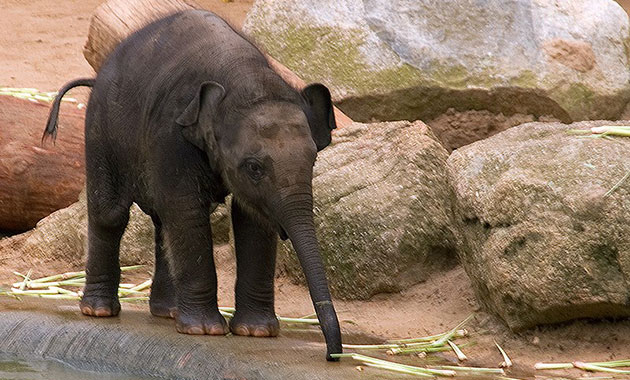 The Melbourne Zoo in Australia has a bouncing baby boy with a name that fits his personality perfectly.In online voting, Sanook, which is Thai for "fun-loving"and "cheerful," was the runaway favorite. “He is cheeky, confident and loves a bit of fun so I think Victorians have chosen his name well,” says Ryan Smith, minister for environment and climate change in Victoria, Australia.

The calf’s keepers say he loves running and being in the water.

The Asian elephant weighed a hefty 289 pounds when he was born in January, and he’s growing quickly. His mom is from Thailand, and he has two older siblings at the zoo.