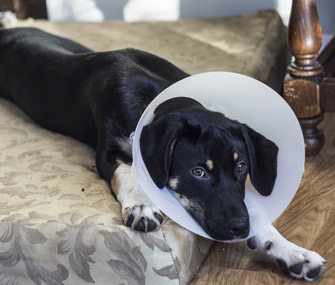 Thinkstock
Your pet's behavior could change after spay or neuter surgery — but, typically, the changes will be for the better.

There’s a lot of information floating around out there about the best ways to care for pets, but it can be hard to tell fact from fiction, especially when it comes to advice about having your pet spayed or neutered. Here’s the scoop on five common myths about spaying and neutering and why the surgery can make good sense — for you and your pet.

The Truth About Spaying and Neutering

Myth: My pet should experience the joys of parenthood before undergoing the big snip.

Truth: The good news for you is that there is no scientific evidence that it’s better to allow a pet to become a parent before spaying or neutering. Why is that good news? Because it’s a heckuva lot easier to live with a spayed female or a neutered male. Spayed females won’t have a heat cycle, eliminating the likelihood that they will leave bloodstains on your favorite white pants or your newly upholstered sofa, and neutered males are less likely to take off down the road in search of a little action.

There are health benefits to fixing your pet as well: Dogs who are spayed before their first heat have a significantly reduced risk of breast cancer. If they are spayed with the traditional procedure, in which both the uterus and ovaries are removed, there's no chance at all of a severe and sometimes-deadly uterine infection called pyometra, and it essentially eliminates the risk of developing uterine or ovarian cancer. In the same way, neutering eliminates testicular cancer and reduces the risk of prostate problems. And, of course, choosing to spay or neuter your pet means you won't run the risk of contributing to canine or feline overpopulation in your community.

Myth: My pet’s behavior will change.

Truth: This myth can actually be true — but, typically, the changes will be for the better. Spaying and neutering can smooth out fluctuations in your pet’s behavior, making it more consistent and pleasant. Females will likely dodge the irritability caused by hormonal changes that occur during heat cycles and may be less prone to pick fights with other dogs. A spayed female usually won’t urinate in your home or at the front door to let surrounding males know she's available for a little hoochie koo —or yowl nonstop to alert every male in the vicinity that she's ready for a hookup.

We’re not being sexist here: Unneutered male cats and dogs have their own set of hormonally charged, unattractive behaviors — roaming, mounting, urine marking and fighting with other males — that will most likely decrease after neutering. Of course, spaying and neutering aren't quick fixes for all behavioral problems; you'll still need to work on specific issues with your pet.
Google+
1 2 Next ›
READ MORE: Dogs, Cats, Cat Health, Dog Health, Preventive Care, Events, Spaying and Neutering Issues