Home ›
Our Pet Experts ›
Dr. Donna Spector ›
What You Need to Know About Collapsing Tracheas in Dogs

What You Need to Know About Collapsing Tracheas in Dogs 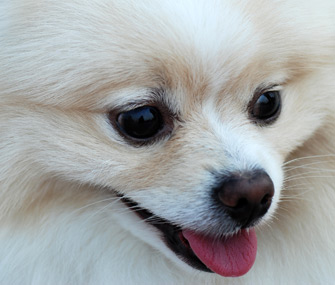 The trachea is a fairly rigid tube (also known as the windpipe) that stretches from a dog's neck to his chest and brings air into the lungs.

The structure is made up of cartilage rings, which can become weak and misshapen over time, causing varying degrees of windpipe obstruction. This hereditary canine condition is referred to as tracheal collapse, and it most commonly affects toy breeds, such as Poodles, Yorkshire Terriers and Pomeranians.

Here's a look at how the condition is diagnosed — and what veterinarians will do to treat it.

What Are the Symptoms of Tracheal Collapse?

Although the condition is hereditary, many dogs do not show signs of tracheal collapse until middle age.

Affected dogs have a characteristic “honking” or “seal bark” cough that worsens when they are active or excited.

Severely afflicted canines may have long bouts of coughing, which can lead to respiratory distress and possibly even death because uncontrolled bouts of coughing often cause edema and swelling within the trachea. If you can keep the cough controlled — even in severely affected dogs — many of these canines will not experience life-threatening episodes.

How Is the Condition Diagnosed?

Tracheal collapse is often suspected in toy breed dogs who present with a telltale cough, but tests are required for a definitive diagnosis.

Chest X-rays are used to determine whether the collapse is located in the throat (cervical) portion of the trachea or within the chest (intra-thoracic) area of the windpipe. While X-rays are a reasonable first test, they can under-diagnose the frequency and severity of the condition, so additional testing is often required.

Fluoroscopy, which is similar to a “moving X-ray,” can be helpful in making a diagnosis in dogs who have typical symptoms but don't show obvious X-ray evidence of tracheal collapse.

Bronchoscopy involves placing a scope directly into the trachea under anesthesia. The procedure provides a direct visual exam, making it an excellent way to determine how severe the tracheal collapse is, as well as whether there are other abnormalities within the airways.